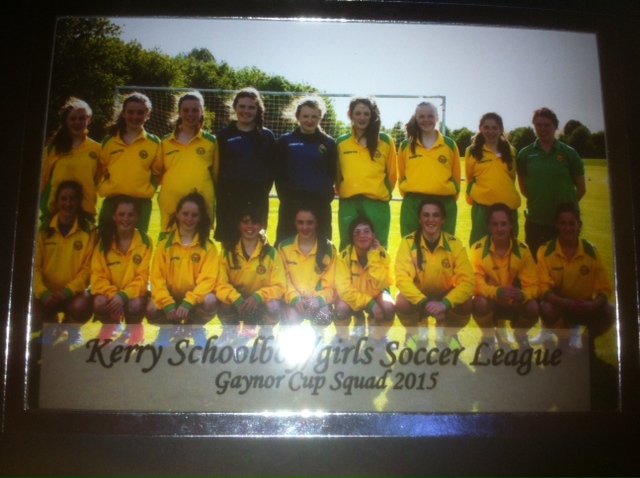 Killarney Celtic A 2 -5 Park A

Killorglin are the JK Sports 12 Premier champions and ended their season taking another 3 points with a 2-0 win at home to Listowel Celtic. Killorglin had a very good campaign and were 9 points ahead of Killarney Celtic in the runners up spot.

13 Premier down to the wire:

The Daly’s Supervalu 13 Premier went down to the wire with The Park needing to win away at Killarney Celtic to force a play-off for the title. And it was The Park who got the victory on a 5-2 score-line. Mervin Shambala hit 3 with Sean McGrath and Nathan Gleeson also scoring. Ruairi Doyle and James Darmody got the goals for Killarney Celtic.

Busy week in 13 Div 1 as Athletic are crowned Champions:

It was a busy week for the teams in the Daly’s Supervalu 13’s Division 1 with the title still to be decided. It was Killarney Athletic who took the top honours as they defeated their nearest rivals Killorglin 5-2 to get the three points that pushed the Killarney side over the line.

An Eoghan O’Shea hat trick laid the foundations for the win and his three goals were added to by Emmet Finnan and Damien Switzer.

Killorglin finished runners up and ended their campaign on Saturday when a 3-0 win over Inter Kenmare saw them secure the runners up spot.

Mastergeeha will be happy with their finish to the campaign as they ended with two good wins. Firstly they defeated Inter Kenmare 5-0 away thanks to goals from Philip O’Leary 3 and Shane Warren and Darragh Kennedy who got one each. They followed this up with a 2-0 victory at home to Park B. Here Sean Kennedy and Alex O’Leary were the scorers.

There was a great battle for the runner up spot in the Foundation Sports 14 Division 1 behind Camp Juniors and in the end Inter Kenmare got the three points they needed from their game with Ballyhar to claim the runners up spot. They finished on 18 points ahead of Mastergeeha on 17 and Killarney Celtic C on 16 points.

The strength of Listowel Celtic in this Division was proved as they took 1st and 4th places. Listowel Celtic B ended their season with a 0-0 draw against Fenit to take the 4th spot. Their teammates Celtic had the Division wrapped up before the last series of games. St Bernard’s were second and Asdee third.

The Park and Listowel Celtic were a little ahead of the chasing pack in this Division and finished in that order at the top of the table. Camp Juniors were the best of the rest and secured 3rd place following a draw with Mastergeeha in their last game.

Killorglin make it 2 from 2 in Division 1:

Killorglin went through a bit of a rocky spell but credit to all the players they turned things around and won their last two games. In the weekend game they defeated Killarney Athletic 3-2. Conor Sugure and Jack Whittleton and Mark O’Connor were the Killorglin scorers.

A young Kerry side took part in the 14’s Gaynor Cup tournament at UL in Limerick. They started off with a 3-2 loss to Clare. Kerry were very nervous early on and went 3-0 inside the first half. Indeed they conceded the first in the first minute. Credit to the Kerry girls they battled back and had goals from Caoimhe Spillane and Aoife Horgan but could not find the equaliser.

On Saturday they faced a very strong Donegal side and were well in the game for long periods. However Donegal got goals at vital times and ran out 5-0 winners.

Next up on Saturday afternoon was Mayo and as the weather deteriorated the Kingdom girls found themselves 2-0 early on. They pulled one back through Aoife Horgan but went down 3-1. Aoife again was the goal-scorer in their 3-1 loss to table toppers Longford.

Kerry went into Monday facing neighbours Limerick County with the winners due to face Tipperary to round off a tiring but very satisfying 3 days in Limerick.