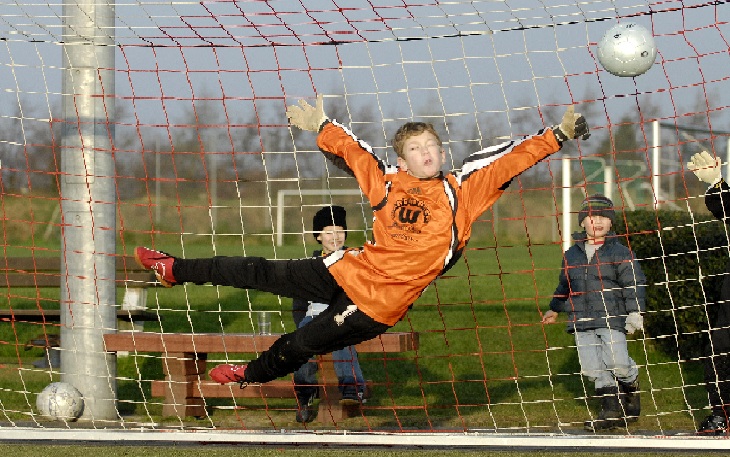 League Reports:
JK Sports 12’s:
4th place Killarney Celtic were the only one of the top sides in action and closed the gap on the sides above them with a 3-0 win over Killorglin. Neil O’Shea, James Darmody and Jack McCarthy got the goals.
12 Division’s 1:
With leaders Ballyhar on 24 points, and unbeaten in their 8 games, but not playing those chasing them knew they had a big opportunity.
Camp made no mistake defeating Fenit with three players hitting a brace – Cian O’Grady, Jack Shannon, Eoghan Lyne. Conor O’Leary and Daryl Hickson all added a goal each.
However all the other sides chasing that top spot were beaten. Mastergeeha had a very good 2-1 win at Killarney Celtic B who are in second place on 18 points. Matt Fleming scored for the Hoops but goals from Evan Murphy and Philip O’Leary sees the Kilbrean side back in contention on 13 points.
The Park B dented Inter Kenmare’s hopes of closing the gap on Ballyhar. The Tralee side move level with Mastergeeha on 13 points while the Inter remains on 18 after going down 3-2. Sean Lucey and Ruairi Byrnes scored for Inter but 2 Killian Ryan penalties and one from Martin Loucher earned the Park the points. Keeper Nick Izehi had an eventful day starting in goal and saving a penalty before moving up front in the second half!
Listowel Celtic B also created a bit of a surprise as they had a 5-3 home win against Castleisland. It was an even better win for the North Kerry boys are they were 3-0 down to goals from Daniel Kelly 2 and Connie O’Connor. However they totally turned it around with an Aodain Shanahan hat trick plus one each from Thomas Dillon and Jake O’Sullivan.
Daly’s Supervalu 13 Premier:
Killorglin and Kingdom Boys shared the points in a mid-week encounter. Jack O’Connor scored twice and Gearoid Hassett the third for Killorglin while Sean Kennedy got all three for Kingdom Boys.
Daly’s Supervalu 13 Division 2:
Third placed The Park B took the points in the only game played in this Division. They defeated neighbours Kingdom Boys B 5-3. Mark Dziedziech got 3 with Tony Duggan and Samson Ayeri netting the others. Adad Canali got all three for Kingdom Boys B.
Foundation Sports 14 Premier:
The Park moved to the top of the 14 Premier table but have played more games than those around them. However they do have the points on the board and got their latest 3 thanks to a 4-1 win away to Inter Kenmare. Robin McCarthy gave them the perfect start after 50 seconds but Dylan O’Connor replied seven minutes later for Inter. Michael Slattery hit a 30 yard screamer to put The Park back in front. Adam Ward headed in a cross to open the gap and Niall Sertauxta wrapped up the scoring.
14 Division 1:
Camp extended their lead at the top of this Division with a 6-1 home win over Killarney Athletic. Seamus Boyle hit a hat trick, Conor O’Brien and Davidas got one each with the other being an og.
Tralee Trophy World:
In the 16 Premier The Park remain on course for a title showdown with Killarney Celtic after they got the points from their game with Listowel Celtic on a 2-0 score.
16 Division 1 Shield:
In the Shield Park B closed to gap on leaders Mastergeeha defeating them 4-1 in Christy Leahy Park. John O’Brien took home the match ball after a hat trick. Shane McGinley got the 4th with Paul O’Connor replying for Mastergeeha.
16 Division 1 Plate:
Castleisland moved to the top of this competition following a 6-4 win over Killarney Celtic B. John McMahon was the weekend’s top scorer getting 4. Matt Browne chipped in with the two others. Patrick O’Leary, Stephen McCarthy and James McAuliffe were the scorers for Celtic.
Under 10 Futsal Qualifiers:
Places in the first annual Kerry Schoolboys Girls League u10 Futsal finals on March 29th were up for grabs in Mounthawk Gym and it was the Park 2 who topped the qualifiers. Kingdom Boys 2 stopped it being a Park double as they took second place after defeating their neighbours 3-2 in the head to head. Kingdom Boys 1 just held off Fenit 2 while Fenit 1 also just missed out on going through.
The final line-up will be completed next Saturday afternoon in Mounthawk when teams from Killarney Celtic, Killarney Athletic, The Park, Castleisland and Inter Kenmare will be in action in this fast moving and skilful version of indoor soccer.
Youngest Stars:
The under 7’s and 8’s boys from Killarney Celtic, Inter Kenmare, Mastergeeha and Killarney Athletic had a very enjoyable Blitz at Celtic Park while the u10 girls from Killarney Celtic, Killarney Athletic and Listowel Celtic also enjoyed their non-competitive games at the same venue.
Next Week:
Next week see two huge National Cup clashes with Killorglin 13’s and Kingdom Boys 15’s going in search of semi- final spots. Killorglin have home advantage against Clonmel Town at 2pm and come into this game high on confidence after a great win away to Mervue United.
Kingdom Boys were due to travel to Donegal to face Swilly Rovers but this game has been switched to Dublin after incidents at their last round game. The game kicks off at 3pm.
Team of the Week:
Nick Izehi
Park 12’s
David Lenihan Dylan Fitzgerald Sean Carmody David O’Connor
Fenit 16’s Killorglin 14’s Park 14’s Kingdom Boys 14’s
Jack McCarthy Sean Kennedy John McMahon Darragh Hickson
Killarney Celtic 12’s Mastergeeha 12’s Castleisland 16’s Camp 12’s
Aodhan Shanahan Adad Cenali
Listowel Celtic 12’s Kingdom Boys 13’s