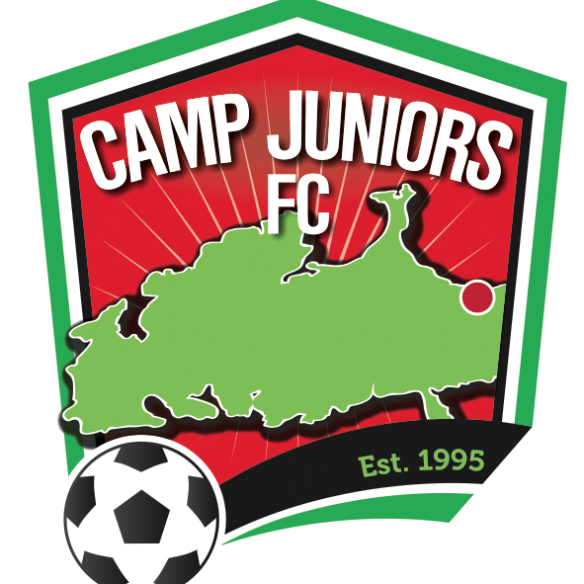 Tralee Dynamos B 8-2 Park B

History made in 13’s National Cup:

If you are going to make history and become the first team from your club to reach the Last 32 of the National Cup you might as well do it the exciting way! And that’s just what Camp Juniors did as the defeated Clodiagh Rangers from Tipperary 4-2 on penalties after a 3-3 draw.

To make it even sweeter Camp Juniors came back three times with striker Maurice O’Connell hitting the net 3 times to see the game tied up after extra time. Into the penalties and when keeper Gavin O’Brien made a great save it was left to Cian Wright to wrap up the win and send the big home crowd into raptures!

Joining them in the next round are Listowel Celtic who defeated The Park 7-2 thanks to big displays from Aoife Horgan, Cian Clancy and Ben O’Connor. Graham Sheehy and Earnan Ferris got the goals for The Park.

Killarney Celtic went out of the competition going down 5-3 away to Aisling Annacotty in Limerick. The Killorglin v Tulla FC was postponed at the request of the Clare side.

Park through in 15’s National Cup:

The Park are into the Last 32 of the National Cup with a 2-0 win over Killarney Celtic. The Tralee side had Colin Walsh and James Sheehan in top form in the win with both their goals coming from Mervin Shalemba.

Mastergeeha were unlucky to go out 3-1 away to Broadford United. Dylan Murphy scored for the Kilbrean boys in a game that was tied at 1 all with 10 minutes to go.

Park B still unbeaten in 12 Division 1:

In the JK Sports 12 Division 1 The Park B are still unbeaten after a 4th win in 4 games. They were pushed all the way but goals from Mark Sheehan and Sean O’Connell saw the Tralee side take all the points.

The top two clashed in the Daly’s Supervalu 13’s Division 2 with The Park B defeating Killorglin 5-2 to open the gap at the top of the table. Goals from David Callaghan 2, Danny Fisher, Adam Walker and Matt Healy gave them the points.

Ballyhar remain in second place after their 8-1 away win at Killarney Athletic. Brian Burke hit 3 with Ethan Campbell, Liam O’Driscoll, Owen Greaney and Micheal Brosnan with 2 all on the mark. Aaron O’Sullivan got the goal for the home side.

Killarney Celtic B and Mastergeeha shared the points with Roy Doody and Erin Moloney with 3 scoring for Celtic.

Dingle Bay Rovers continue as joint leaders of the Division after an 8-2 win over newcomers MEK. Tomas O’Se was in great form scoring 4 goals. The other goals came from Mark Manning, Kieran Bambury, Tadgh Kennedy and Sean Leahy. MEK, who are in their debut season, went 1-0 up thanks to a 35 yard screamer from Dylan Ferris. The mid and East Kerry side went 3-1 down but battled back to 3-2, thanks to a goal from Luke O’Connor, before Dingle Bay showed their experience.

Iveragh United are joint leaders but were pushed all the way before defeating Fenit away 3-2. Cathal O’Shea with 2 and Keith Brennan were the scorers for the South Kerry side.

Tralee Dynamos B were too strong for Park C in their opening game of the season. Sean Horan, Daniel Burke, Maurice O’Connell, Patrick Moravski, Andy Rogers, Donagh Stephenson, and Philip Evans were all on the score sheet.

Away winner in 15 Premier:

Tralee Dynamos just got the better of Inter Kenmare 4-3 in their Killarney Plaza 15 Premier clash. Codi Dauti 2, Sean Kennedy and Mohammed Raheem scored for the winners in a game that was tied at 3 all late on.

Athletic and Celtic win in Division 1:

Killarney Athletic were the only winners in 15’s Division 1 with Keith Suter 2, Harry Potts, Danny Cronin and Adam O’Connell the scorers for the Woodlawn side who were 3-0 up at the break in a 5-1 home win over Iveragh United.

Killarney Celtic B defeated Castleisland 5-3. Connie and Brian O’Connor and Patrick Roche were on the mark for Castleisland. Getting the Celtic goals were Jared Barton, Enna Coleman and Adam Kissane 3.

Park B and Asdee had a shooting competition in their Division 2 clash with each side scoring 5. Eric Daly 4 and Barry O’Neill scored for Asdee. Nathan Gleeson 3, TJ Mahon and Conor O’Sullivan got the Park’s goals.

Ballyheigue Athletic had too much for Tralee Dynamos B with an Agusto Jeano hat trick, two each from Sean Sheehan and Conor Corrigan and one from Thomas Gaynor giving the seasiders the points.

St Bernard’s hot shot Aaron Malik was on the mark again and his goal was the only one in the game with Fenit ensuring a 1-0 win for the Saints.

The Girls League opened up with games in the 12 and 16 Premier Divisions.

In the 12’s Inter Kenmare were 2-0 away winners at Killarney Celtic. Katie Cronin and Chloe Cremin scored for Inter with Cliona Daly outstanding in defence.

Killarney Athletic and Listowel Celtic shared the points in a 2 all draw. Elana Doherty and Shauna O’Mahony got the goals for the Woodlawn girls with Katie Keane and Ella Buckley replying for the North Kerry side.

In the 16 Premier Killarney Celtic got the points in the derby defeating Athletic 4-2. It was tied 2 all at half time with Hannah Moynihan 2 and Ava O’Donoghue 2 the scorers. Into the second half goals from Aileen Healy and Lucy O’Donnell wrapped up the points for Celtic.