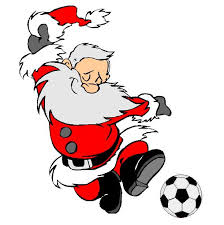 Some games over Christmas
JK Sports 12 Premier
Camp Juniors 8-1 Park
Killarney Athletic 1-0 Killorglin
12 Division 2 North
Castleisland B 1-8 Park B
Listowel Celtic 2-2 Ballyheigue
Daly’s Supevalu 13 Premier
Listowel Celtic 1-1 Killarney Athletic
Slattery’s Carpets 14 Premier
Killarney Celtic6-1 Tralee Dynamos
Killarney Plaza 15 Premier
Inter Kenmare 1-4 Mastergeeha
Girls 13’s Division 1
Park 2-0 Ballyheigue
Girls 15’s Premier
Listowel Celtic 3-1 Dingle Bay Rovers
Match Report:
Athletic top of the 12’s and remain unbeaten:
Killarney Athletic moved to the top of the JK Sports 12 Premier and remaining unbeaten after 5 games thanks to a 1-0 win over Killorglin. Szymon Jasinski got the only goal of the game to see the Woodlawn side on 15 points – 3 ahead of MEK Galaxy and also with a game in hand.
Camp Juniors move level with MEK in joint second with a game less played. They took the three points from their home game against the Park thanks to hat tricks from Robert Keane and Mikey O’Leary and two from Darragh Murphy.
Super 6 up for the Park B
The Park B’s perfect record continues after their 6th win from 6 games. They were a little too strong for Killorglin B in Georgie O’Callaghan Park. The Tralee side had Mohab Abdelazouk, Mike O’Brien, James Tarrant, Sean Martin, Jack Kelly, Sean Clifford, Victor Malikov and Macrej Kubik all getting one each. Seamus Phealan got the Castleisland consolation for his side who were missing a number of players.
Listowel Celtic missed the chance to go joint second as they were held to a 2-2 draw at home to Ballyheigue. Jayden Chute and Aidan Grimes O’Callaghan scored for Celtic with Aodhan Horgan and Xavier Wansierski replying for Ballyheigue.
Leaders Athletic held to a draw in 13 Premier
Killarney Athletic remain joint top of the Daly’s Supervalu 13 Premier but are now also on the same number of game as LB Rovers as the Woodlawn side dropped their first points in 5 games.
They led 1-0 at the break thanks to a Brian O’Shea goal but we caught inside the last 5 minutes when Triston Barry equalised for Listowel Celtic who were playing at home.
Killarney Celtic into second in 14 Premier
Killarney Celtic move into second place in the Slattery’s Carpets 14 Premier thanks to their win under the lights at Celtic park over Tralee Dynamos. Josh Bowler and Callum Cronin both hit two each with Mikey Murphy and Oisin Fleming also on the mark for Celtic.
Mastergeeha close the gap in 15 Premier
Mastergeeha closed the gap on the sides above them thanks to an away win at Inter Kenmare.,. The goals for the Kilbrean side came from Eoghan Kelly, Jack Fogarty, Jack O’Donovan and Liam Kerrisk with Darragh O’Connor replying for Inter Kenmare.
Park win in 13 Girls Division 1
In the Girls 13’s Division 1 game The Park defeated Ballyheigue 2-0 at Christy Leahy Park with the goals coming from Aoife Begley and Kaja Huserova.
Listowel into joint second and with games in hand in 15 Girls Premier
Listowel Celtic are up to joint second place and they have games in hand on all the sides around them. In this game they were 3-1 winners at home to Dingle Bay Rovers. Trina Kennedy, Ciara Henderson and Kelly Enright got the goals for Listowel with Caoimhe Ni Dubhoin replying for Dingle Bay.
Rolls of Honour: As there was a restricted set of games we have a Roll Of Honour the Girls On the Girls list are Mary Kearney Listowel Celtic with Caoimhe and Isable Greaney representing Dingle Bay Rovers. For the Park Jacinta Griffin, Joselyn Cushen and Abigail O’Shea were the best players.
Team of the Week
Deaglan Reitveld
Killorglin 12’s
Adam Murphy Michael Enright Cody Goggin
Mastergeeha 15’s Camp Juniors 12’s Ballyheigue 12’s
Nathan Smith Jake Kelly James Dempsey Ruairi O’Connell
Castleisland 12’s Park 12’s Killarney Athletic 12’s Listowel Celtic 13’s
Darragh Moynihan Sean Treyvaud Callum Cronin
Killarney Athletic 12’s Inter Kenmare 15’s Killarney Celtic 14’s