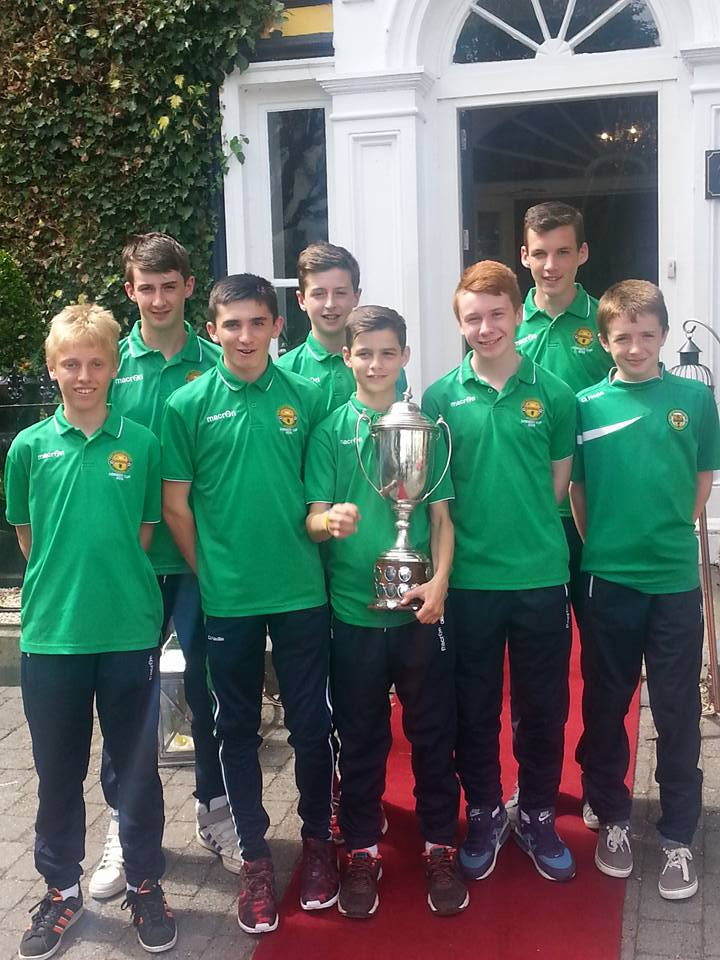 Cup and League action as March gets underway:

Premier side Killorglin inflicted the first defeat of the season on Iveragh United, who are 6 win from 6 in Division 2 with a 5-0 win. Goals from Eoghan Hassett 2, Tom Whittleton, Adam Owens and Brendan Casey put Killorglin into the next round.

Also through are Park A who knocked out Listowel Celtic C away. Cinnan Cooney hit 3, Cillian Murphy 2 with Danny Jeffers and Massiah Chirwa netting one each.

Two of the big sides are into the next round with wins for Tralee Dynamos A and Killarney Celtic A. Dynamos won at home with Patrick Moravski leading the scoring with a hat trick. Sean Horan got 2 with the other goals coming from Donagh Stevenson, Andy Rogers and Sean Dillane.

Killarney Celtic A made the short trip to Mastergeeha and progressed thanks to a Ronan Coffee hat trick and one goal each from Daniel Okute, Harry Byrne, Cian McMahon, Killian O’Sullivan and Jackson O’Mahony.

St Brendan’s Park saw off St Bernard’s thanks to another player hitting a hat trick. Sean McGrath was the triple scorer this time with Nathan Gleeson and Leo Glaxha getting the others. Oisin Maunsell replied for St Bernard’s.

Killarney Celtic saw off Castleisland in a mid-week game played under lights. Chris Casey, Neil O’Shea, Cian O’Leary, Thomas Darmody, Ruairi Doyle and Ryan O’Grady all got themselves on the score sheet with a goal each.

Killarney Athletic made home advantage count against Tralee Dynamos B to progress to the next round. Con Cremin, Liam Kelliher, Adam O’Connell, Tadgh Doolan and Keith Sauter were the scorers.

Mastergeeha have Paul O’Shea to thanks as his 2 goals saw them defeat St Bernard’s 2-1 with Declan O’Donoghue replying for the Saints.

Killorgin are also through on a 3-0 score-line over Iveragh United.

With Killarney Celtic and Killorglin not in action Camp Juniors took full advantage to overtake both of them to lead the Daly’s Supervalu 13 Premier Division. They did it after a 4-2 win over The Park to become the first Camp Juniors side to top a Premier Division table. Maurice O’Connell finished a great Coleman O’Meara cross to give Camp an early lead. Oisin Smailes made it 2-0 on 15 minutes but the Park were back in the game 10 minutes later when an Earnan Ferris free kick went into the net via a rebound after hitting the cross bar.

However a second from Smailes before half time re-established Camp Juniors 2 goal lead at 3-1. Park again cut the deficit in half when Cian Brosnan scored but O’Connell sealed the win with his second and Camp Juniors 4th.

Listowel Celtic won away defeating Inter Kenmare. Thomas O’Connor proved unstoppable as he netted 4 goals. Sean O’Connor got the other one. For the home side Caleb Brosnan and Oisin Fox got the goals.

Celtic B up to second after win over neighbours:

Killarney Celtic B are up to second in Division 1 after they defeated neighbours 3-0. Harry White, Erin Moloney and Ruairi Dorrian were the Celtic scorers.

The Park’s late late winner from Cian Brosnan sees them move 3 points clear at the top of the Foundation Sports 14’s Division 2. Darragh Caplis and Earnan Ferris put them ahead twice in the midweek game but Castleisland pegged them back twice. Brosnan popped up with the winner in the last few minutes.

Tralee Dynamos kept in touch with the sides above them following this 4-4 draw with Inter Kenmare. Codi Dauti hit 2 with his regular scoring partners Mohammed Raheen and Sean Kennedy getting one each.

Ballyhar move into the lead of Division 1:

Ballyhar’s 2-0 away win at Iveragh United is a good win for them as Dylan Callaghan’s 2 goals sees the side from Mort Scott Park top the table. Dylan Callaghan was the Ballyhar hero scoring both his sides goals.

St Bernard’s might lead the Division but Ballyheigue are the danger. They were in scoring form against Fenit. Conor Corrigan 3, Nathan Driscoll 2 and one each for Sean Sheehan, Nathan Guerin and Agusta Jammone were the Ballyheige scorers.

Asdee are into 3rd as goals from Bernard O’Callaghan, Erin Daly and Cody Enright saw the win 3-0 at Listowel Celtic B.

Park B are in the top quarter of the table thanks to a win over neighbours Tralee Dynamos B, Denis Nolan, Tennyson and Rafa Joskic were the Park scorers.

While Killarney Celtic might have been a bit understrength they were first to acknowledge that this was a very good Iveragh United performance and a reward for the hard work they are putting into their girls teams.

Kerry 15’s moved onto 7 points from 3 games played in the 15’s Inter League Munster section Group 1. They defeated South Tipperary 6-1 following a win over Cork and a draw away to North Tipperary.