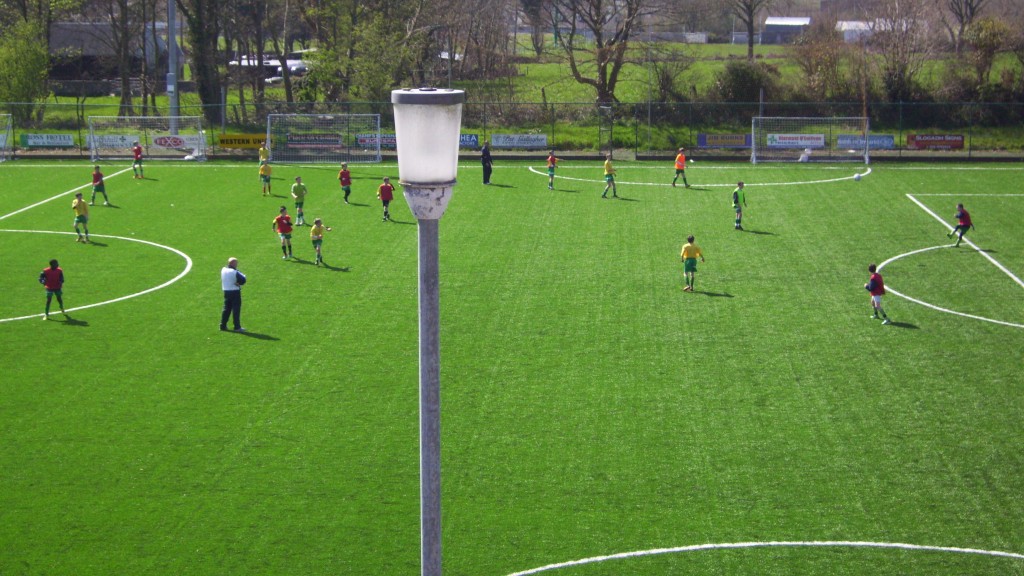 Listowel Celtic A 0-1 Park A

Mastergeeha B 1 -3 Camp Juniors B

There were still a number of positions in the Cup and Shield semi-finals to be decided in what was a busy week and weekend.

John Murphy 12’s ¼ Cup final: One goal from Cian Brosnan was enough to send The Park into the semi-final. Listowel Celtic will be disappointed as they missed two first half penalties.

In the Shield ¼ Final Camp Juniors made the trip to Kilbrean Park a winning one on a 3-1 score-line. Mark O’Shea scored for Mastergeeha but it was the goals from Michael Carey 2, and Jade Larkin that sees Camp Juniors progress.

In the Cup quarter final Listowel Celtic and Ballyhar could not be separated in normal or extra time. However it was the visitors from Murt Scott Park who kept their nerve in the penalty shoot-out. Danny Cronin, Jason Brennan and Dylan Callaghan were all successful from the spot with goalkeeper Cian Ring saving 2 Celtic’s penalties.

In the Shield goals from Thomas Gaynor and Jordan Goggin saw Ballyheigue progressing to the Shield semi-final after a 2-0 away win over Killarney Celtic B.

Mastergeeha were too strong for Killarney Celtic C and booked their place in the semi-finals thanks to a 6-1 win. It was a game of two halves as Celtic played with the wind and were 1 up at the break. However Mastergeeha took over in the second half and goals from Con Fleming, who hit a hat trick, with Shane Warren, Darren Lehane and Nathan McCarthy all getting one each to see them through.

Camp Juniors took the final place in the Tom Hayes 14’S Cup semi-final as they proved too strong for Park B. Colm Moriarty, Jack Farrell, Killian Falvey, Sean Og Moran an and Conor O’Brien were all on the score-sheet. Mark Dziedziuch replied for the Park.

Action in 15’s Cup and Shield:

In the 15’s Cup ¼ final Listowel Celtic and The Park tied 2 all after extra time. Michael Slattery got both goals for the Park. Jack Kelly and Michael Kennedy got the goals for Listowel Celtic. In the penalty shoot-out The Park won 4-3 with Park goalkeeper Thomas Burke proving to be the hero.

In the 15’s Shield a Tom Murnane goal was all that separated Inter Kenmare and Killarney Celtic B send the home side into the semi-finals.

Tralee Dynamos are into the Tucker Kelly semi-final thanks to a 4-0 win over Listowel Celtic. Dara Goulding, Dillon Robinson and Odhran Liston were the Dynamos scorers.

Killorglin saw off Mastergeeha 3-0 in Kilbrean Park to also book their place in the last 4. Kane Bradley, Darragh O’Sullivan and Mark O’Connor were the scorers.

In the MWFAI 14 Girl’s Shield Killarney Celtic defeated Kilcolman 2-0 in Celtic Park to progress to the semi-finals where they will be at home to Askeaton or Kilcornan. Anna Clifford was the Celtic hero getting both goals.

Killarney Celtic’s 16 girls were away to Dungarvan and qualified for the 16’s semi-final with a 3-2 win. Kate Stack and Hannah O’Donoghue 2 were the Celtic scorers. They will be at home in the last 4 to either Douglas Hall or Tramore.

Listowel Celtic closed the gap on the sides above them as they proved too strong for Camp Juniors. Robert Foley 2, Michael Nolan, Ted Moloney, Tadgh O’Carroll and Bernard O’Connor were the Celtic scorers.

On Sunday Dingle Bay moved joint top of the Shield with a 5-1 away win over St Bernard’s. Dylan Geaney and Dara O’Beaglaoigh both scored 2 each with Aodhan O’Dubhain getting the other. Dingle Bay are now level with Ballyheigue at the summit.

Park take the points in 14 Premier:

There was one game in the Foundation Sports 14 Premier and it saw The Park take the points with a win over Listowel Celtic at Christy Leahy Park. Mervin Shalamba, Junior Bio, Sean McGrath, JR Tshikato and Alfie Christie were the scorers.

Wins for Park B and Castleisland in 15 Division 1:

Killarney Plaza 15 Division 1 leaders Castleisland were 2-0 winners over Killarney Athletic thanks to Sean Brosnan who got both goals. Aaron Ward and Dan O’Rourke were enough to give the Park B the points in a 2-0 win over Killarney Celtic.

Killarney Celtic remain unbeaten in the Tralee Trophy World 16 Premier thanks to a 3-0 win over Mastergeeha. Celtic remain in second place but close the gap on leaders Dynamos.

Away wins in Division 1: