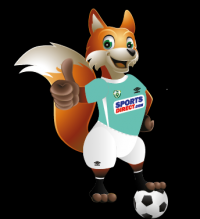 Park B 2-3 Listowel Celtic B

It was a memorable day for Dingle Bay Rovers on the Mounthhawk All Weather as the West Kerry club won 2 Shields. Dingle Bay were 2-0 winners over Killorglin C in the John Murphy 12’s Shield Final with Cormac O’Cinneide netting both goals.

They followed this up with a 3-1 win over Park D in the Tom Hayse 14’s Shield. In the game is was Aodan Devine, Dylan Greney and Cathal O’Beaglaoi who got the goal to wrap up a memorable double and a testament to the work being done at underage level by the club.

Killarney Celtic’s run in the Munster WFAI U16’s Cup ended at the quarter final stage as they went down 5-2 away to Carrick United. Kate Murphy and Natalie San Miguel were the scorers for Celtic.

The Inter Kenmare Girls are still unbeaten their Premier League unbeaten and were crowned champions with a game to spare after a 4-1 win over Killarney Celtic. Chloe Cremin hit a hat trick in a player of the match performance while Amy Harrington got the other to round off a very good season for the Inter Kenmare girls and especially as the club is celebrating 30 years in existence.

Killorglin were the outstanding team in the JK Sports 12 Premier and were presented with their League trophy after they proved too strong for Killarney Athletic, who were missing a few players. Jack O’Sullivan, Eoghen Hassett, Jason O’Connor, Dara O’Grady and Adam Owens all scored for Killorglin. Credit must go to the Killarney Athletic goalkeeper Shay O’Meara who did everything he could to keep the score down.

St Brendan’s Park got another 3 points as they look odds on to take the 12 Premier title. They are now on 9 wins from now after a 3-0 win over Ballyhar. Mastergeeha are their closest challengers but are 8 points behind with 2 games in hand.

Castleisland moved into 4th place after a 2-1 win over Killarney Celtic thanks to goals from Ryan Doherty and Ray Burke.

10 wins from 10 played saw Iveragh United as take the Division 2 title by a wide margin. They travelled to Listowel to take on Celtic B at the weekend in their last game and brought the 3 points and the Trophy down south after a Sean Kennedy goal separated the sides.

Killarney Celtic top of Division 3 but it’s not over!

Killarney Celtic C rounded off their League campaign with two wins defeating LB Rover 4-0 and Fenit 2-1. Calvin O’Sullivan 2, Jack O’Sullivan and Ryan McCarthy were the scorers in the LB game while O’Sullivan and Eoin Crowley scored in the win over Fenit.

In the other game in this Division Park C got the better of Listowel Celtic C 3-2. Cormac Gallagher, Obina and Lasha were the scorers for the Tralee side with Robbie Daly and Billy McCarron replying for Listowel Celtic C.

Killarney Celtic C are now on 27 points from their 12 games followed by Dingle Bay (7 played) and Park (from 9 played) both on 18 but both have games in hand.

In the Daly’s Supervalu 13’s Premier Killorglin’s 3-1 win over Listowel Celtic saw them take the title, following up from winning the 12’s Premier last season. Dylan Moriarty, Eoghan Hassett and Mikey O’Donnell got the Killorglin goals as they ended the season on 21 points and still with a game to play.

The Park can still finish joint third if they win their last 2 games. They put themselves in this position after a 5-1 away win at Listowel Celtic. Leo Gaxha 2, Colin Walsh, Sean McGrath and Nathan Gleeson were the Park’s scorers:

Mastergeeha into 2nd in Girls Premier:

Mastergeeha’s 3-0 win over Killarney Celtic sees them move 3 points clear of Iveragh United in second place but the South Kerry side do have a game in hand.

Mastergeeha and Park tied at the top of Division 1:

Mastergeeha and the Park’s battle for the 13 Division 1 title will go down to the wire after the Kilbrean side defeated Killarney Celtic B 2-1. Brendan and Sean O’Leary were the scorers for Mastergeeha.

2 goals from Conor O’Sullivan and one from Luke McCrohan gave Ballyheigue the points in their games against Mastergeeha.

7 up for Killarney Celtic in 15 Premier:

Killarney Celtic’s 3-0 win over Listowel Celtic in the Killarney Plaza 15’s Premier sees them make it 7 wins from 7 to move onto 21 points. They are now level with The Park but still have a game in hand over the Tralee side.

Killarney Athletic and Castleisland hit 12 goals in their game with Killarney Athletic hitting 8 of them to move to the top of the Killarney Plaza 15 Division 1. They lead Mastergeeha but have played a game more. Harry Potts hit 3 with Connie and Ollie Cremin, Seamus Gallagher, Liam Kelliher and Thomas Cronin scored for Killarney Athletic. Jamie Heffernan 2, Aaron O’Connor and Lee O’Connell replied for Castleisland.

In what is turning out to be a great year for the smaller clubs Ballyheigue are the latest to take a title. They needed a win in their last game to move past St Bernard’s and they certainly did that winning 8-1. Nathan O’Driscoll and Conor Corrigan both hit hat tricks with Rory Duggan netting the other 2 as their 31 points saw them win the title by 2 points.

Park B 2 went down to Listowel Celtic B 3-2 despite goals from Liam McGee and Graham Carroll.

Castleisland and Listowel Celtic both recorded 3-0 wins over Inter Kenmare with Listowel Celtic now in second place 5 behind leaders Killarney Celtic but with a game in hand.

Hannah Stars for Girls in Green:

The Irish u16 Girls side are in Hungary for the UEFA u16 Girls Development Tournament. Killarney Celtic’s Hannah O’Donoghue played up front in their game against Slovakia. Ireland opened up their campaign with a 2-0 win and will face Bosnia and Hungary later in the week.

The Clare Pre-Kennedy Cup Tournament is a vital part of many Leagues build up to the June tournament. Kerry took part in games on both days and enjoyed 4 wins and a draw from their 5 games, scoring 19 goals and conceding 6.

Kerry had wins over Clare, North Tipperary, Drogheda and Roscommon with the draw coming against Galway. Amongst the goal scorers were Mikey Nolan, Jack O’Connor, Leo Gaxha, Mervin Shalemba, Sean Kennedy and Sean McGrath. Kennedy Cup manager Padraig McCannon was happy with the way his whole squad performed as the build-up to June 13th intensifies. Kerry will play Wicklow in their opening game at 2.30pm on the first day of the Kennedy Cup 2016.