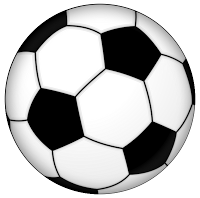 Tralee Dynamos B 3-7 Listowel Celtic B

Park B 6-0 Tralee Dynamos B

This was the busiest week of the early part of the new season with 36 games completed in the Skeechers National Cup and Leagues.

In the 1st Round clash Killorglin defeated Connolly Celtic thanks to goals from Eoghan Hassett 2, Adam Owens and Tom Whittleton.

In the 2nd round Mastergeeha were 4-2 winners at home to Corbally United. Mark O’Shea and Colin O’Leary both scored 2 each in the win. Killarney Celtic won away to Avenue in Ennis with Darren Ryan 2, Sean Fitzgerald, Gonzalo Hernades, Luke Crowley and Sean Fitzgerald on the score sheet. Killarney Athletic are also through as they also won away from home. They defeated Ballingarry 5-2. An Alex Hannigan and one each frpm Cian Molloy and Sam Benson saw them through.

Tralee Dynamos went down 3-1 away to Newcastelwest with Adam Wharton getting the goal.

There was plenty of success in the 14’s National Cup with Camp Juniors enjoying a 3-2 win at home to Kilmallock United. Cian O’Grady, Maurice O’Connell and Oisin Smailes got the goals. Listowel Celtic won 4-1 away to Ballingarry. Michael Nolan scored 2 with Conor Hogan and Andrew Murphy getting the other goals. Killorglin were 2-1 home winners against Nenagh with Callum Russell and Jack O’Connor on the mark. Killarney Athletic defeated Murroe 4-2 thanks to 2 goals from Damien Switzer and one each from Eoin Sullivan and Aaron Broderick. The Park are also through as they got a walk over from Askeaton.

Tralee Dynamos were very unlucky to go down 6-5 away to Corbally United after extra time. There goals games from Sean Kennedy who got 3 and one each from Shar Chaudry and Mohammed Raheen.

Mastergeeha’s campaign is also over as they went down 4-7 at home to Avenue. Javier, Ian O’Connor, Darren Lehane and Philip O’Leary got the goals for the Kilbrean side.

Mastergeeha are through to the next round as they were 5-0 winners at home to Sporting Ennistymon. Paul O’Shea netted a hat trick with Naill O’Connor and Dylan Murphy socring one each. The Park were too strong for Ennis Town in Clare and are into the next round thanks to goals from four goals from Michael Slattery and one each from Gearoid Fitzgerald, JR Tshikato, Thomas Burke and Michael O’Gara.

Tralee Dynamos had a very good 3-1 win away to Geraldines in Limerick with Dara Lowth, David Couchman and Nemanja Samardzic on the mark. Killarney Athletic were 5-2 winners at home to Birdhill. Mark Fennell, Ryan Sheehan and Jason Coffey got the goals. Killarney Celtic have also progressed after a hard fought 1-0 home win over Fairview Rangers from Limerick. Alex Grestiak got the only goal. Listowel Celtic are out after a last gasp winner by Regional United in injury time in Limerick. The game finished 5-4 with Chris Montes 2, Jack Sheeahan and Conor Hope netting for Celtic.

In the Premier Division Killarney Athletic won the derby at Celtic Park 2-1 with Alex Hennigan getting both for the Woodlawn side. Killarney Celtic’s goal came from Sean Fitzgerald.

In Division 1 Park B were 5-1 winners at home to Castleisland thanks to 2 goals from Sean O’Connell and Cian O’Neill and one from Kieran O’Connor. Conor Ryan replied for Castleisland. Listowel Celtic C defeated Park C 3-1 with Phoenix Costello, Gearoid Mulvihill and Nikolei O’Callaghan getting one each for the North Kerry side. Inter Kenmare and Ballyhar were involved in a 7 goal thriller with the visitors nicking the win 4-3. Colin Callaghan 2, Steven Palmer and Cormac Costello got the goals for Ballyhar with Dylan Wallace, Darren Allman and Tim O’Donoghue replying for Inter.

There was one game in 12’s Division 3 and it was a historic one. MEK (Mid and East Kerry) made their very welcome League debut and Bailey Carlton has the honour of getting their first ever competitive goal. They went down to Killarney Celtic C who had goals from Brian Sullivan, Tim Moynihan, Paddy Coffey, Darragh O’Shea, Thomas O’Sullivan and Martin McCarthy.

In Division 1 Dingle Bay Rovers won at home to Iveragh United. For the West Kerry side Cathal O’Beaglaoi, Patrick Kearney, Dara Begley and Colm O’hEartain were the scorers while Tadgh O’Connor, Keith Brennan and Cathal O’Shea got the goal for the boys from South Kerry.

Castleisland got the better of Park C in the 14’s Division 2 thanks to goals from Connie O’Connor, Patrick Roche, Colm Roche, Dylan Curtain and Hubert Kurtalevic. Ben O’Sullivan and Andrew Sucaci replied for The Park. The Park D continued their winning ways with a 4-1 away win at Fenit. John O’Connor 2, Darragh Caplis and Jamie Fitzgerald were the scorers. St Bernards were too strong for Listowel Celtic and won with goals from Oisin Maunsell, Aidan O’Connor, Darragh Slattery and Marthew Burke.

The Park B defeated neighbours Dynamos B with goals from Liam Tobin, Thomas Ariyibi and Conor O’Sullivan.

A Colm Moriarty hat trick was not enough to earn his Camp Juniors side anything as they went down to Park B. Asdee and Killoirglin played out a 10 goal cracker with both sides hiiting 5 each. Liam Butler and Conor Staunton both scored twice and Conor Sugrue the other goal for Asdee.