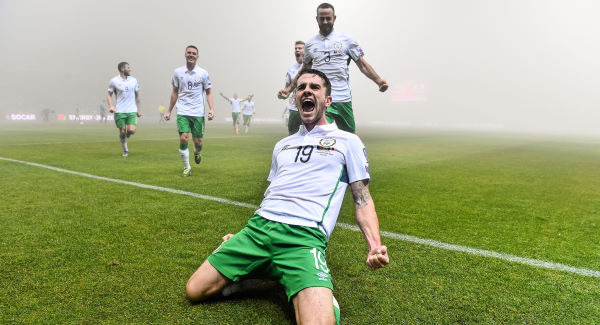 Listowel Celtic A 8-3 Park B

Killorglin A 1-0 Killarney Celtic A

Killarney Celtic B 2-2 Park B

There was lots of action in all the 12 Premier divisions. In Premier 1 Killarney Celtic led twice but could not hold out. Eoghan Crowley and Calvin O’Sullivan put Celtic 2-0 up. Sean Doolin pulled the two back to level matters. Brian O’Sullivan again put Celtic ahead but Adam Murphy scored to get the Kilbrean side back to parity,

From there Mastergeeha pushed ahead and goals from Jack O’Donoghue and David O’Leary gave them the points.

The Park were too strong for a young Tralee Dynamos side who battled to the end. However the Park  were lethal in front of goal and Ray McGrath, Jamie Williams, Damian Hogan, Jamie O’Shea, Dara Cunnane, Callum O’Sullivan, Jack Slattery, Michael Tansley and Obina Izahi all got on the score sheet.

Goals from Jimmy McClean and Andrew O’Doherty were not enough to give Killarney Celtic B anything from their game against Fenit who won 3-2.

Camp the winners in 12 Division 1:

Camp Juniors were 5-3 winners at home to Killarney Celtic C who had CJ Daniels, Paudie Fitzgerald and Cillian O’Neill on the mark.

There were home wins in the three games in the Foundation Sports 14’s Premier. A Maurice O’Connell hat trick and one from Coleman O’Meara gave Camp Juniors a 4-1 over Listowel Celtic A. Carlos Lopez replied for the North Kerry side.

Darragh Caplis had a good day hitting 5 for Park A against Mastergeeha. Cian Brosnan, David Callaghan, Ryan Guerin and Tom O’Sullivan got the other goals.

Killorglin’s Dylan Moriarty got the only goal in a 1-0 win over Killarney Celtic A.

Win’s and Draws in Division 1:

John Power with 3 and Peter Cosgrave 2 were the scorers for Ballyhar in a 5-4 win over Killorglin B. Ryan Diggin 2, Jack O’Sullivan and Ryan O’Sullivan were the Killorglin scorers.

Fenit had a hat trick from Eddie McCarthy, a penalty from Niall Cassidy and a goal from James Baxter in their 5-2 win over Killarney Athletic. Rian O’Brien and Jason Lee were on the mark for Athletic.

Killarney Celtic B and Park B shared the points following a 2-2 draw. Simon Coffey got both Celtic goals with Leonid and Danny Fisher getting the Park’s goals.

Tralee Dynamos and Inter Kenmare also shared the points as they drew 2 all. Alex Hoare scored for the Tralee side and Corey Murphy for Inter Kenmare.

Tralee Dynamos were 3-1 winners over Killarney Celtic with Leo Gaxha getting 2 and Mohamed Raheemi the third.

The Park A had it easier against Killorglin. Goals from Sean McGrath 3, Nil Torne, Mervyn Shalemba and Jordan Barry saw the Tralee side pick up all three points.

Nothing between the sides in 16 Division 1:

Sean Sheehan celebrated his birthday in style hitting 2 goals in Ballyheigue’s 3-2 win over Listowel Celtic A. Conor O’Sullivan got the other Ballyheigue goal. Brendan O’Neill and Devon McKenna got Celtic’s goal.

Killian Falvey scored twice in Camp Juniors win away to Ballyhar who only goal came from Jason Brennan,

Inter Kenmare can thank Tommy Cronin who scored twice for the home side to earn them a draw at home to Killarney Athletic who had been ahead twice through Caolan Ryan and Tadgh Doolan. Athletic’s goals came either side of half time but couldn’t hold out as Inter Kenmare scored twice in the final 10 minutes in a cracking game,