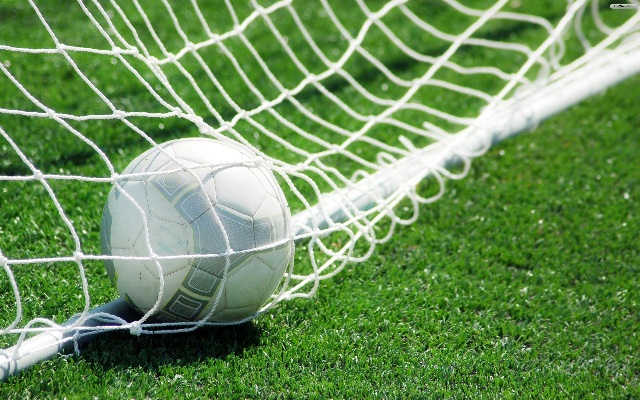 Football for All and All for Football:

The winners of the 3rd round are into the Last 32 and the Open Draw and both Killorglin and The Park are only one win away from that stage. Killorglin qualified for the 3rd round with a 4-0 away win at Ennis Town. Gar Hassett scored 2 with Kieran Flaherty and Jack O’Leary getting the others.

The Park were 2-1 home winners against Abbeyfeale. Cian Purcell and Mervyn Shambala were the scorers.

The Park were 5-0 winners away in Limerick at Aisling Annacotty. Mike Slattery hit a hat trick and his three were added to by goals from Robin McCarthy and Thomas Burke.

Killarney Athletic went all the way to penalties in their game in Corbally. And in those penalties the boys from Woodlawn were flawless scoring all 5. Liam Curran, Mark Fennell, Jason Coffey, Liam Purcell and Finbarr Hickey were all successful from the spot and then Ciaran Thompson saved the Limerick team’s last penalty to send Athletic through.

Both The Park and Killarney Athletic are into the third round and one win away from the open draw.

Sadly Listowel Celtic went out going down 2-0 to Herbertstown, Camp Juniors lost 3-1 at home to Regional United despite a Seamus Boyle goal.

Killarney Celtic’s slow start away to Nenagh cost them. They found themselves 2-0 down early on but pulled one back thanks to Ryan Kelliher. Nenagh then went 3-1 up before Josh Fleming made it 3-2. However Celtic couldn’t find the equaliser to take the game to extra time.

Camp A 0-4 Listowel Celtic A

Park B 2-4 Killarney Celtic B

Listowel Celtic B 0-5 Camp B

Tralee Dynamos and Listowel Celtic lead the way in the early stages of the 13 Premier Division after both of them won at the weekend. Tralee Dynamos were too strong for Ballyhar in Tralee and goals from Danny Butler 2, Adam Joy, Leo Gaxha, Sean Kennedy and Eson Jashari sees them top the table on goal difference.

Listowel Celtic were 4-0 winners away to Camp thanks to goals from Ronan O’Neill, Tadgh O’Connell, Conor Hogan and Robert Foley.

In 13 Division 1 Killarney Celtic B took the point at Park B winning 4-2. Terry Sparling, Harry Buckley, Daniel O’Keeffe and Niall Carey got the goals for The Hoops.

St Bernard’s have made the perfect start to the 13 Division 2 campaign. Oisin Maunsell scored twice with Mikey Clifford and Michael O’Sullivan to see them go two win’s from 2.

Camp B made it 4 points from 6 following their 5-0 win away over Listowel Celtic B. Maurice O’Connell and Oisin Smailes both scored twice and Conor O’Leary got the 5th.

Dingle Bay Rovers join them on the same mark after they were too strong for Castleisland. Dara O’Beaglaoi scored twice as did Padraig O’Cearna. Cathal O’Beaglaoi, Dylan Geaney, and Patrick Saunders all hit one each.

Fenit Samphires got their first points on the board thanks to goals from Eddie McCarthy, Ed Stack, Dara Heim, Neal Cassidy, Conor Lenihan and Conor Gaynor.

There was one game in the even ages section where Asdee proved too strong for Dynamos B. Alec Laurent, Jack Farrell, Barry O’Neill, Conor Twomey and Bernard O’Callaghan were the scorers for the North Kerry side.

Mastergeeha will be delighted to have taken all 3 points from their trip to Tralee. They defeated Dynamos 3-1 with Dillon Murphy scoring twice and Sean Cahill once. Dara Lowth replied for Dynamos.

Killarney Celtic B’s second win from 2 sees them top the table. They brought all 3 points back from Caherciveen as they defeated Iveragh United. Matt Poe scored 3 with Eamon Murphy and Alek Grestsak getting 2 each.

The Hoop’s C team were defeated by Castleisland. Alex Ramonsa scored for Killarney Celtic but with Kieran Ward, Ben Cooney, Conor Donoghue, Josh Horan and Lorcan Hickey amongst the goals Castleisland took all the points.

Football proves a hit for all:

110 Football for All players from around Munster arrived at Killarney Celtic for the latest in a series of Bliitz’s where the emphasis is on fun and taking part and not the results. Playing were the hosts Killarney Celtic, Listowel Celtic and The Park representing our League, Limerick FC, Carrigaline and Middleton from Cork and Cahir Park from Tipperary.

There was great support for all the teams and everyone enjoyed the games. However the biggest cheer of the day was reserved for the special guest. Billy Dennehy had scored for Cork City the night before to see them move 2 points clear of Dundalk with the two teams to meet in the League decider.

Billy was familiar to many of the Football for All kids as Carrigaline and Middleton has been on the pitch at half time on Friday night, something Killarney Celtic’s players had done previously.

Billy was a wonderful guest and spent ages standing for photographs and autographs and was excellent with the players. The visit of one of the countries top professionals was certainly the highlight of the day for many. The next Blitz will be held in Cork.