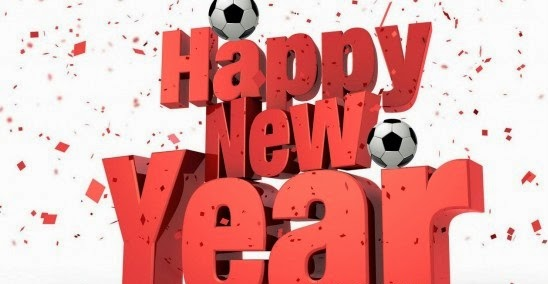 Games over the Christmas Period:
JK Sports 12’s
Camp Juniors B 2–6 Park C
Daly’s Supervalu 13’s
Premier
Killarney Celtic 3-1 Tralee Dynamos
Iveragh United 1–0 Killarney Athletic
Division 1
Mastergeeha 1–0 Killorglin B
Killarney Celtic B 6–2 Tralee Dynamos B
Castleisland A 7-0 Killarney Celtic B
Division 2 North
Castleisland B 0-5 Park C
LB Rovers 4-3 Fenit
Division 2 South
Killorglin C 3-6 Killarney Athletic B
Mastergeeha B 0–2 Dingle Bay Rovers
Killarney Plaza 15’s
Premier
Killarney Celtic 2-4 Park
15 Division 2
Killarney Athletic 0-1 Killorglin
Killorglin B 2–7 Tralee Dynamos
Ballyheigue 2-4 Castleisland
Killorglin B 0-3 LB Rovers
Reports
Park C go level at the top of the 12’s Division 2 North:
A 6-2 win by Park C away at Camp Juniors sees the Tralee side go joint top of the table, level with LB Rovers and with a game in hand. The Park C goals game from Adam O’Neill 3, Sean O’Neill, Michael Quirke and Michael O’Brien sees them move onto 15 points from their 6 games.
13 Premier tightens up:
With the 13 Premier Division being split into the top 4/ remaining 3 after the first round of games Iveragh United’s 1-0 home win over Killarney Athletic was a vital one. The only goal came from a Finn Barrett free kick while David Murphy saved a penalty to ensure the win. Mathew Moynihan was the best on the day for Athletic.
Killarney Celtic are level with Listowel Celtic in second after their 3-1 win at home to Tralee Dynamos. James Moynihan hit two in the first half for Celtic with Peter Doherty getting the goal in the second half. Shayne Stack replied for Dynamos equalising Moynihan’s first goal.
Castleisland go 5 from 5 in 13 Division 1
Castleisland move to the top of the Daly’s Supervalu 13 Division 1 after they won their 5th game from 5 and they also have two games fewer played than the sides around them.
Goals from Finn Nolan 3, Jack O’Donoghue 2, Mint O’Connor and Kian Downey gave Castleisland the win at home to Celtic B on the new All Weather.
Mastergeeha’s 1-0 home win over Killorglin B sees them move onto10 points and in joint 4th place. But they are only 3 points off second spot and have a game in hand on the sides around them,
Killarney Celtic B also have also moved up the table following a 6-2 home win over Tralee Dynamos. Joe McCarthy and Oisin Fleming both scored twice while Cian Guerin and Eugnene Crowley got one a piece for Celtic.
Park C increase their lead in 13 Division 2 North
The Park C are on 18 points from their 6 games and have a big lead at the top of the Daly’s Supervalu 13’s Division 2. Two goals each from Max Nosidlak and Noah Carroll and one from Ronan Carroll saw them win away at Castlieland B in mid-week.
LB Rovers have closed the gap on Fenit to two points after they defeated them in a 7 goal thriller as both sides battle for second place.
Leigh Meehan got 2 and Fionn Houlihan and Patrick Walsh one each in the win for LB Rovers with Cian McKenna 2 and Tom Quilter on the mark for Fenit who put in a great effort to get something from the game.
Athletic win away to extend lead in Division 2 South
Killarney Athletic B won away at Killorglin C 6-3 to extend their lead in the 13 Division 2 South. The Athletic goals came from Liam Hennigan and Denzel Aydiner who both got 2 each with Bryn Flaherty and Rohan Saha getting one each.
Dingle Bay Rovers B are up to second place following a 2-0 away win at Mastergeeha B. Padraig Manning got both goals for the West Kerry side while Mastergeeha’s keeper Callum McCarthy did everything he could to keep his side in the game.
Killorglin unbeaten in 5 in 15 Premier
In the Killarney Plaza 15 Premier Killorglin have won their 5th game in a row and extend their lead in the Killarney Plaza 15 Premier. They were pushed all the way by Killarney Athletic with the only goal of the game going to Killorglin’s Tom Whittleton in the second half.
The Park are up to second place after they won 4-2 away at Killarney Celtic. Dylan Roche got both goals for the home side but 2 from Sean O’Connell and one each from Sean O’Connor and Cianan Cooney gave the Park all three points.
Castleisland go top of 15 Division 1
Played on the KDL astro pitch Castleisland’s 4-2 win over Ballyheigue sees them move too points clear from at the top of the 15’s Division 1. Their goals came from Alex Kepp, Ryan Dennehy, Freddie Galway and Evan Murphy while Eric Walsh and Felim O’Sullivan replied for Ballyheigue .
LB Rovers in joint second in 15 Division 2
LB Rovers 3-0 win over Killorglin B sees them into joint second place in the 15’s Division 2 and are just three points behind MEK but they have a game in hand. In a tight Division Listowel Celtic arew also on 13 points in joint second but they have only 6 games played compared to 7 for LB Rovers and 8 for MEK.
Tralee Dynamos put themselves right back into the race for second as they also defeated Killorglin B. Jack Donovan had a great day to round off 2018 hitting 4 goals for the Tralee side. His four were added to be goals from Alex Hoare, Liam Morroney and Andy Rogers. Oisin Lynch and Eoin Lynch got the goals for Killorglin B.
Team of the Week
David Murphy
Iveragh United 13’s
Jack Greeley Cian Russell Josh Connolly
Dingle Bay Rovers 13’s Killarney Celtic 13’s St Brendan’s Park 15’s
Darragh Murphy Cian O’Connor Daithi Keane Tyrell Thomas Godley
Camp Juniors 12’s Mastergeeha 13’s LB Rovers 13’s Fenit 13’s
Jack Donovan Denzel Aydiner Finn Nolan
Tralee Dynamos 15’s Killarney Athletic 13’s Castleisland 13’s