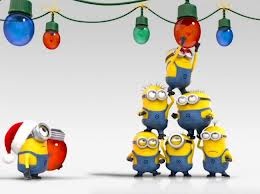 Action in the Even and Uneven Age Groups:
JK Sports 12’s:
Premier:
Park A 1-1 Mastergeeha
Division 1:
Killarney Celtic B 0-7 Inter Kenmare
Camp Juniors 1–3 Killarney Athletic White
Division 2:
MEK 3-2 Killorglin B
Daly’s Supervalu 13’s:
Premier:
Killorglin A 3-3 Park A
Park B 0-4 Listowel Celtic A
Tralee Dynamos 1-4 Killarney Athletic
Division 1:
Listowel Celtic B 2-5 Castleisland
Division 2:
Killarney Celtic B 7-1 Dingle Bay Rovers
Division 3:
Fenit 7-2 MEK
Killarney Plaza 15’s:
Premier:
Park A 5-2 Listowel Celtic A
Killarney Athletic 2-7 Tralee Dynamos
Dingle Bay Rovers 1-4 Killarney Celtic A
Division 1:
Killorglin 6-2 Ballyheigue
Mastergeeha 0-3 Park B
Camp Juniors 2-2 Ballyhar
Division 2:
Killarney Celtic B 5-1 Park C.
Subway Inter League
15’s Kerry 11– 0 Desmond League
16’s Clare 5 –1 Kerry
Reports:
Double Delight for Inter League sides:
Kerry enjoyed a high scoring double in the Subway Inter League’s with wins over Limerick Desmond in the 15’s and Clare in the 16’s.
Kerry 15’s 11-0 Desmond League:
In the 15’s Kerry’s win puts them in pole position to top the Group. Goals from the three players who are in training with Ireland – Sean McGrath, Sean Kennedy and Jack O’Connor were added to by goals from Leo Gaxha, Ted Moloney, Garroid Hassett and Mikey Nolan saw Kerry record a record win.
It puts Kerry on 9 points with Limerick District to play. The Limerick side have 6 points from their 3 games but Kerry also have a much better goal difference.
The League that tops the Group will face Cork in the Munster finals.
Clare 1-5 Kerry 16’s:
Kerry made it 2 wins from 2 in the Subway 16’s Inter League defeating Clare 5-1 away in Tulla. The Kerry goals came from Nil Torne, Seb Vassiu, JR Tshikota and Leon Shalemba. They are level at the top of the table on 6 points with Limerick Desmond but have a game in hand. Kerry have North Tipperary and Limerick District to play with qualification for the Munster Final in their own hands. Waterford have topped the other Group and are already through.

Newly restructured JK Sports 12’s:
It is the early stages of the JK Sports 12’s with action in the Premier, Division 1 and 2. In the Premier Park A and Mastergeeha shared the points in a 1-1 draw. Cian O’Gara scored for the Tralee side with David O’Leary replying for the boys from Mastergeeha.
Inter Kenmare were too strong for Killarney Celtic B in JK Sports 12 Division 1. The Inter goals came from Darren Allman 3, Sean Treyvaud 2, Tom Crushall and Darragh O’Sullivan.
Killarney Athletic defeated Camp Juniors 3-1 thanks to goals from Alex Hennigan 2 and Shay O’Meara.
It was a good week for MEK as the gained 6 points with two wins in a row. The latest came from a 3-2 home win over Killorglin B. Max Leon, Fionn Kenneally and Rocco Sheehan scored from MEK.
Listowel Celtic take the 13 Premier lead:
Listowel Celtic have moved into the lead of the Daly’s Supervalu 13 Premier following their 4-0 win over Park B. Robert Stack hit a hat-trick and Josh Brosnan got the 4th goal. They are now onto 9 points.
The two sides that were level with Listowel Celtic had to settle for a point apiece. Killorglin A and Park A drew 3-3 to move onto 7 points. Tom Whittleton, Adam Owens and Charlie Foley scored for Killorglin with Messiah Chirwa getting 2 and Colin Doody 1 for Park A.
Killarney Athletic moved back into contention with a 4-1 win over Tralee Dynamos. Andy Rogers put Dynamos ahead but a minute later Mathew Horgan replied for Athletic and then Darragh Ryan put them 2-1 up at half time. Conal Gallagher and Killian Courtney both scored for Athletic in the second half.
Castleisland take the 3 points on offer in Division 1:
With only one game in the Division Castleisland took the points with a 5-2 win over Listowel Celtic B. This moves them into 3rd place behind Iveragh United and Killarney Celtic A. Trevor O’Sullivan was on fire in front of goal hitting 4 with Ryan Dennehy getting the 5th.
Killarney Celtic B go top of Division 2:
With Ballyheigue not in action Killarney Celtic B moved into the lead following a 7-1 win over Dingle Bay Rovers. This puts the Killarney sides on 13 points, one ahead of the rest.
Jim O’Brien 2,Micheal McCarthy, Jack Higgins and Ewen McIndoe got the goals for the Hoops with Cormac O’Cinneade getting the Dingle Bay consolation.
Fenit now lead 13 Division 2:
Eddie McCarthy hit 4 goals, Bobby O’Connor 2 and Paddy Falvey got the goals for Fenit in their 7-2 win over MEK. Tadgh O’Sullivan and Eddie Moroney replied for the Mid Kerry side.
Killarney Celtic continue to top 15 Premier:
Killarney Celtic continue to lead the Killarney Plaza 15 Premier division by 4 points following their 4-1 win over Dingle Bay Rovers. Terry Sparling hit 2 while Niall McGillicuddy and Emmet Finnan got one each in their 4-1 win. Dylan Geaney replied for Dingle Bay.
The Park are in second place on 6 points after they defeated Listowel Celtic A 5-2. Mervyn Shalemba got a hat trick and Sean McGrath 2 in the Tralee sides win while Darragh Lynch and Michael Nolan scored for Listowel Celtic.
Tralee Dynamos are into third place after their win in Woodlawn. Leo Gaxha 3, Sean Kennedy 2 and one each from Philip Evans and Char Chaudhry scored for Dynamos who are now on 4 points.
Leaders draw in Division 1:
Camp Juniors and Ballyhar started the day as the top two in the League ahead of their meeting. And in the end there was nothing between the sides following a 2-2 draw. Adam Costello and Maurice O’Connell scored for Camp Juniors with Jason Brennan and Dylan Callaghan getting the Ballyhar goals.
Park B took advantage of Ballyhar’s draw to move into second place after they defeated Mastergeeha 0-3. Darragh Moriarty scored 2 and Conor O’Sullivan 1 as the Tralee side move onto 8 points.
Killorglin also closed the gap on those above them with a 6-2 win over Ballyheigue. Stephen O’Loughlin, Jack O’Leary and 4 from Garroid Hassett saw Killorglin through. Conor O’Sullivan and Nathan Guerin were the Ballyheigue scorers.
Killarney Celtic close gap on top three in Division 2:
A hat trick from Cian Doe and one each from Oisin Walsh and Erin Moloney gave Killarney Celtic B the win in 15 Division 2 to move them up to 4th place.
Team of the Week:
Dara Hickson
Camp Juniors 15’s
Sean Tighe Ben Donnellan Aidan Reidy Aidan Swane
Tralee Dynamos 15’s Fenit 13’s Ballyheigue 15’s Listowel Celtic 13’s
David O’Leary Vaughan O’Brien Sam Benson Roy Hurley
Mastergeeha 12’s Inter Kenmare 12’s Killarney Athletic 13’s Killarney Celtic 15’s
Trevor O’Sullivan Messiah Chirwah
Castleisland 15’s Park 13’s