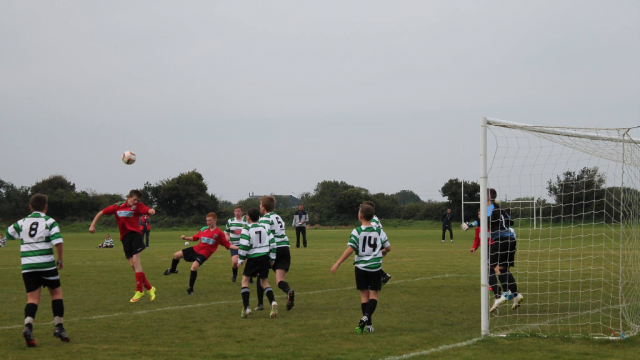 KSBGL Inaugural Summer Competitions kick off with 50 teams in action:
The inaugural KSBGL Summer competitions being run now that competitive matches are allowed again got off to a great start with 25 games down for decision on Bank Holiday Monday. Games continued through the week with a full round again this Saturday.
For the Girls that will see two Blitz’s for the 11’s at Killarney Athletic and Killarney Celtic with 16 teams taking part as well as action in the 13’s and 15’s Girls competitions. For the Boys it’s the 11’s, 13’s and 15’s with the 12’s in action on following Monday night.
11’s Cup and Shield action:
The 11’s games are all about giving the players time on the pitch and therefore the overall score is not recorded. However with all clubs have multiple teams the competition is divided North and South into a Cup and Shield.
In the North Cup there were wins for Listowel Celtic, LB Rovers while Tralee Dynamos and the Park played out a cracking draw. The Dynamos took the win on golden goal. In the South section Mastergeeha’s two sides recorded with as did Killarney Celtic.
In the North Shield teams from Listowel Celtic, LB Rovers and Mastergeeha took the wins while in the South Killorglin and Killarney Athletic had wins with Ballyhar and Inter Kenmare drawing.
The 22 teams from the 11’s section that were in action today were a credit to their clubs, coaches and parents.
Results
14’s Cup Group A
Killorglin A 3-3 Killarney Celtic A
Killarney Athletic A 7–2 Tralee Dynamos
Group B
Fenit 3-9 Listowel Celtic
14’s Shield Group A
St Brendan’s Park B 1-3 Camp Juniors A
Mastergeeha A 6-0 Listowel Celtic B
Tralee Dynamos B 1–2 Ballyhar Dynamos
Group B
MEK Orange 8-0 Killarney Athletic B
Inter Kenmare B 3-0 Killarney Celtic B
Kilorglin B 1 –1 Mastergeeha B
Girls 12’s Cup
Mastergeeha 2-4 St Brendan’s Park
Girls 16’s Cup
Listowel Celtic 6-0 Dingle Bay Rovers
Fenit 2–2 Inter Kenmare
Reports:
Listowel Celtic and Killarney Athletic win while Killorglin A and Killarney Celtic A draw in the 14’s:
The spoils were shared in the opening 14’s Cup Group game between Killorglin A and Killarney Celtic A as it ended 3-3.Celtic went ahead through Cian Mulcahy before James Jones got his first of two for Celtic. Dara Griffin then saved a Killorglin penalty but the soon hit the net and goals from Jones again and Rob Baggett saw Killorglin lead 3-1. But Celtic were determined not to lose on the opening day and goals from Cillian Murphy and Pearce Moynihan levelled up the match.
Killarney Athletic took the win at home to Tralee Dynamos in the evening kick-off. Christy Burke and Ryan Driscoll got the goals for Dynamos but goals from Luke Doolan 4, Fionn Daly 2 and Joey McCarthy saw the home side enjoying an opening day win.
In Group B Listowel Celtic brought their shooting boots to Fenit and goals from Tristan Barry, John Carmody 3, Conor Sweeney 3, Dylan Costello and Kiegan Moloney gave them the win. Michael O’Sullivan, Jevin Carey and Charlie Nolan replied for Fenit.
14’s Shield:
In the 14’s Shield a goal from Jerry Lynch was not enough to earn his St Brendan’s Park side anything from their game at Christy Leahy Park as Camp Juniors took the win 3-1. Darragh Murphy 2 and Dylan Harrington were the Camp Juniors scorers.
Mastergeeha A were a little too strong for Listowel Celtic B also in Group A.
In Group B goals from Jamie Vousden, Joe Hoare, Ryan Carey, Noah O’Shea, Conor Tangney and Jamie Daly saw MEK Galaxy Orange take the win at home to Killarney Athletic B. Inter Kenmare B were 3-0 winners at home to Killarney Celtic B thanks to goals from Diarmuid Healy, Alex Sheehan and John O’Sullivan.
Killorglin B and Mastergeeha B played out a 1-1 draw with both goals coming in the second half. Daniel O’Keeffe was on the mark for the home side with Sean Maher getting the Mastergeeha goal.
Goals either side of half time by Eugene Daniel and Jake Keeting were enough to give Ballyhar Dynamos a 2-1 away Tralee Dynamos. The home side pulled one back thanks to Tobi Obedeya who scored from the penalty spot.
Even age action for the Girls:
In the 12’s Girls Cup Mastergeeha and St Brendan’s Park were involved in a cracker in Kilbrean Park. The Tralee girls went 2-0 up but two goals from the excellent Amy Brosnan saw the sides draw level. However the Park girls finished the stronger winning 4-2.
In the 16’s Girls Cup Listowel Celtic’s experience made them too strong for a gallant Dingle Bay Rovers side. Ava Horan, Trina Kennedy, Lily Twomey, Laura Falvey, Ruth O’Connor and Kelly Enright saw Celtic take the win. Beibhann Sheehy, Emma O’Connor and Aoife Kennedy put in very strong displays for the West Kerry side.
Fenit Samphires and Inter Kenmare played out an exciting 2-2 draw. Goals from Katie Hussey(penalty) and Jade Harkin had the home side 2-1 up at the break with Katie O’Leary also impressing. Laoise Carey and Grace Foley got the goals for Inter Kenmare.
Team of the Week
Jack Dwyer
Fenit 14’s
Emma O’Connor Eoin Walsh Tristan Barry
Dingle Bay Rovers 16’s Ballyhar Dynamos 14’s Listowel Celtic 14’s
Ryan Carey Enna Jones Diarmuid Healy Ruth O’Connor
MEK Galaxy 14’s Killorglin 14’s Inter Kenmare 14’s Listowel Celtic 16’s
Luke Doolan Bryan Walsh Amy Brosnan
Killarney Athletic 14’s Killarney Celtic 14’s Mastergeeha 12’s