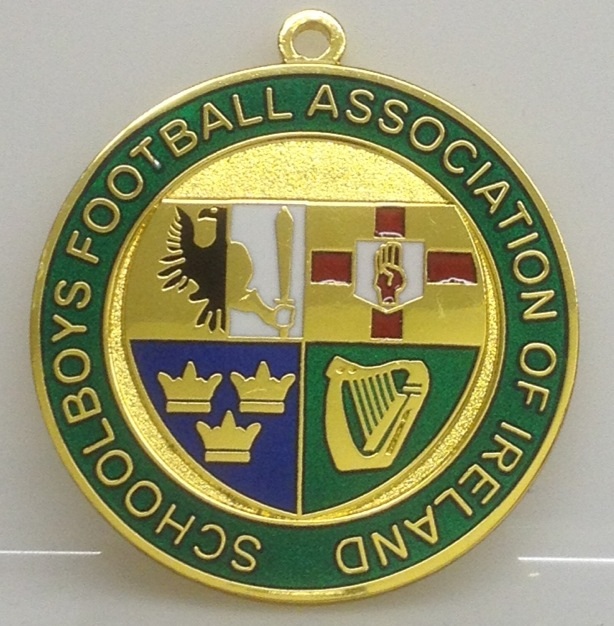 The draw for the Group stages of the 2015 Kennedy Cup was made at the weekend’s SFAI Council meeting attended by League Chairman and Council member Martin Conway. Kerry are seeded 11th and therefore were in the second pot of 8.

Kerry will open their campaign at 4pm on Monday June 8th when they take on West Cork. Tuesday is as always the big day with the sides playing two games. Kerry will kick off at 10.30am against WWEC before the top two seeds clash at 4pm when we face Limerick District.

Depending on results Kerry will face the winners of Group 5 (Galway, Limerick County, Roscommon or Clare) if we also top our group. If we finish second in our group we will take on the runners up in Group 7 (Waterford, Dundalk, NEC, Inishowen) with these games on Wednesday at 1pm.

However manager Brendan Hogan is not looking that far ahead. “With the developments in coaching having improved so much in every League the gap between all the sides has narrowed considerably. We will have to prepare to the best of our ability and be mentally and physically right for 4pm on June 8th for our first game. That is our only focus now and we are not looking beyond West Cork.”

Perennial winners, although not as impressive as usual in recent years, the DDSL are in with Kilkenny, North Tipp and Longford while Cork face Donegal, Limerick Desmond and Wicklow.

Killorglin B 0-1 Killarney Celtic B

There was one game in the Moriarty’s Centra 11’s Shield with Killarney Athletic defeating Inter Kenmare to progress to the quarter finals. In the Last 8 they will be at home to Castleisland.

The Even Age Shield Quarter Finals are beginning to take shape following the weekend’s games. In the John Murphy 12’s Camp Juniors B will be away to Mastergeeha B. They were 3-0 winners over Killarney Athletic.

Killarney Celtic B defeated Killorglin B 1-0 away and now face Park B in the quarter finals. Park B knocked out neighbours Tralee Dynamos B at the weekend to reach the next stage.

The other 2 games in the 12’s Shield Quarter Finals are Asdee at home to Killarney Celtic C and Killorglin C taking on Park C.

In the first round of the Tom Hayes Shield St Bernards defeated Tralee Dynamos B 2-0. They are into the Last 8 where they will be at home to Killarney Celtic B.

Blitz: The under 9’s and 10’s series of Blitz’s continued at the weekend with Killarney Celtic, Inter Kenmare, Tralee Dynamos and Ballyhar enjoying their day at Celtic Park while in Christy Leahy Park there was some great action with the hosts The Park welcoming LB Rovers, Asdee, Fenit and Listowel Celtic.

Super 6 up for 12 Premier leaders Killorglin:

JK Sports 12 Premier leaders Killorglin made it 6 wins from 6 with a 4-1 home win over 3rd placed Park A. Dylan Moriarty scored twice with Eoghan Hassett and Adam Owens getting the other two for the winners who move onto 18 points. Ciasnan Clancy replied for The Park who stay in third on 11 points. Second placed Killarney Celtic kept the pressure on Killorglin with a 3-0 home win over Camp Juniors. Cillian O’Sullivan scored from the spot and this was added to by goals from Jackson O’Mahony and Daniel Okute. The win moves Celtic onto 16 points.

Listowel Celtic were 4-1 away winner at Ttalee Dynamos thanks to goals from Emmet Kelly, Kian Clancey and 2 from Sean O’Connor.

Two second half goals were enough to see 4th placed Mastergeeha close that gap on the sides above them as they defeated Ballyhar 2-0. Ballyhar remain in second 2 points behind Inter Kenmare.

The all Killarney Celtic clash in the Daly’s Supervalu 13’s Division 1 saw the B’s beat the C’s 5-3 in a cracker. Jackson O’Mahony, Godwin Osicba and Daniel Okute scored for the B’s while Colin Russell and Kristian Weilgus were the C team scorers.

With Killarney Celtic and The Park locked together at the top of the table their clash in Christy Leahy Park was always going to be a big game. Many of these players are part of the Kennedy Cup squad so things were always going to be tight. In the end it was the visitors who took the points on a 2-1 score-line with Darragh Lyne getting both goals for Killarney Celtic who now move three points clear at the summit of the Division.

Tralee Dynamos kept in touch with the sides above them thanks to a 3-0 home win over Athletic. Brian O’Dowd, Leo Gaxha and Sean Kennedy were the Dynamos scorers.

Camp Juniors continue their unbeaten run in the 14’s Division 1 as they won away to Killarney Celtic C. Sean Og Moran, Chris Kane 2, Colin Moriarty and Jack Farrell were the Camp scorers who are now unbeaten in 8. Second placed Mastergeeha were held to a 2 all draw which sees them slip a little in the title race. Philip O’Leary and Paul O’Shea scored for Mastergeeha while Dylan Callaghan and Aaron Flynn were on the mark for Ballyhar.

Listowel Celtic go level at the top of the 14 Girls:

Listowel Celtic join their namesakes at the top of the 14 Premier thanks to a win over Killarney Athletic. Ciara O’Mahony, Ciara Tangney and Ellen Coffey were the Athletic scorers with Lily Foley also impressing. Caoimhe Spillane and Mairead McKenna were amongst the Listowel Celtic scorers.

Goals from Sean Boyne and Ethan Fleming earned Killarney Athletic an important 3 points following a 2-1 away to Inter Kenmare. Dylan O’Connor replied for the home side.

All level at the top of Division 2:

Joint leaders Killarney Celtic B and Iveragh United met on Friday night under lights and after a 6 goal thriller the two sides could not be separated as they drew 3 all.