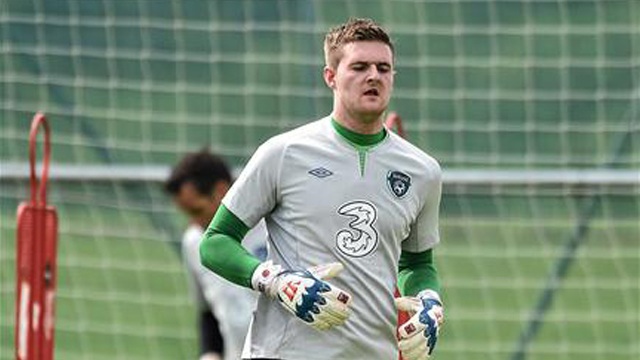 Listowel Celtic A 1-3 Killarney Celtic A

Park B 5-1 Killarney Celtic B

There was action in all 4 Groups of the Moriarty’s Centra with Killarney Celtic and The Park facing each other in 3 games. The Park were successful in 2 and Killarney Celtic in the third. Killorglin and Listowel Celtic shared victories in group 1 and 2 while Iveragh United had a narrow victory in Group 3. In the same Group Killarney Athletic and Inter Kenmare’s game finished level. Castleisland were winners in Group 4 where Ballyhar and Fenit were also in action.

Inter Kenmare B continued their good start to life in the League where they added a 1 all draw onto their opening day win. A Chloe Cremin goal was matched by one from Keri Ann Hanrahan for Killarney Celtic as the sides finished 1 all.

Listowel Celtic opened their League campaign with a win away to Killarney Athletic. Aoife Horgan hit three and these were added to by goals from Ashley Kelly, Nadine Moloney and Megan Large.

Leaders Tralee Dynamos who are on 9 points were not in action and Listowel Celtic had the chance to join them on that mark. However they were defeated at home by Killarney Celtic who had goals from Cian Dineen, Padraig Looney and Ryan O’Grady. Listowel Celtic’s only response was scored by Tadgh O’Connell.

Ballyhar will probably be happier with a point from their 3 all draw with Park C. as it ended their losing streak. Conor Henderson scored twice and Dylan O’Callaghan the third for the home side while The Park’s Conor O’Sullivan and Mervin Shelmeba got on the score-sheet with the third coming from an og.

Killarney Celtic B move onto 7 points following a hard fought home win over Mastergeeha at Celtic Park. The sides were tied 1 all at the break and Mastergeeha went ahead early in the second half. But the home side scored three times in quick succession to lead 4-2 before a second goal from Adam O’Connor made for a hectic finish. But Celtic held on to claim the three points. Darren Lehane was the other scorer for Mastergeeha.

Killarney Athletic lost their unbeaten run when they were beaten 5-1 in Kenmare by Inter. Colin Crowley and Cian O’Connor both scored twice for the victors while Daniel Crowley ensured the victory.

There was lots of action in the 13’s Division 2 with 4 games played. Leaders Dingle Bay Rovers moved onto 13 points with a 5-0 win over Fenit.

The big clash saw 3rd versus 2nd with St Bernard’s taking their unbeaten run to Camp Junior B. As expected there was nothing between the sides and they shared the points. St Bernards are now on 10 points with Camp Juniors on 9 but have a game more played. A Conor O’Leary saw the home side lead but St Bernard’s Oisin Maunsell ensured a share of the spoils equalising directly from a free kick.

Ballyheigue kept in touch with the leaders and are also on 10 points as they proved too strong for Park C. Conor O’Sullivan, Sean Sheahan, Jordan Goggin, David Moloney, Josh Gaynor, Luke McCrohan and David Moloney were the seaside teams scorers.

Asdee Rovers took the spoils at home to Tralee Dynamos B thanks to goals from Pa Carmody, Barry O’Neill, James Farrell 2, Cody Enright and Conor Twomey. Tony Hoare got the Dynamos goal in a game that was tighter than the result shows as it was tied 1 all at half time.

St Brendan’s Park moved to the top on their own after they proved to be too strong for Mastergeeha. Mike Slattery and Sean Carmody both scored twice with Niall Sertutxa, Thomas Burke and Dylan Casey hitting the others.

Listowel Celtic were level with The Park starting out but were held to a 1 all draw away at Camp Juniors. Franz Sauderland scored for the home side with Jack Sheehan getting the goal for Listowel Celtic A.

Killarney Celtic A got the better of Tralee Dynamos at Celtic Park with Ian McGillicuddy getting both goals in a 2-0 win.

The Park B’s 3rd win from 3 sees them move to the top of the table. They defeated Killarney Celtic B at Christy Leahy Park 5-1 in a game that was level at 1 all. Josh Wadding headed a corner to the net to put the Park ahead but Jordan Leahy equalised for Celtic. However it was all The Park from then on. They scored two penalties with Conor Morrison O’Brien and David Oba successful from the spot. John Ward added 2 more to secure the points.

Killarney Athletic welcomed Castleisland to Woodlawn and kept the points at home with a 3-2 win. Athletic were 3-0 up thanks two 2 from Finbarr Hickey and one from Jason Coffey. Castleisland then pulled two goals back the Killarney boys were able to hold on for a hard fought victory.

A Dylan O’Connor hat trick ensured that Inter Kenmare would enjoy first win of the season and sees them of 4 points.

His goals were added to by strikes from Liam Butler, Jack Clifford and Ciaran Sugrue.

Ballyhar and Camp Juniors were both in scoring form and met each other. Jack Flynn, Donchadh O’Sullivan and Cian Falvey scored for Ballyhar but goals from Ruaidha McCarthy, Jimmy O’Grady, Cathal Ferriter, Michael Scanlon and Nathan Griffin saw Camp Juniors through.