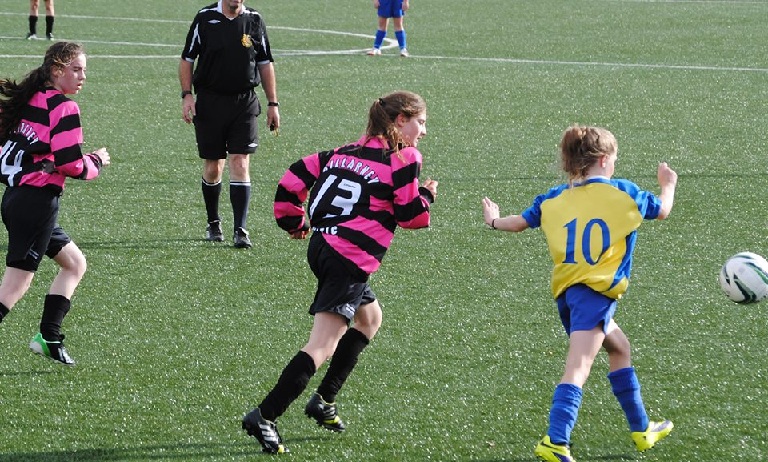 The Kerry SchoolGirls League kick off this weekend with an Open U10 7-a -side Blitz at Killarney Celtic at 2pm.

This is open to any club to enter a team – with no entry fee.

It is sad to see that so far its going to be the Girls of Killarney Celtic, Athletic and Listowel Celtic that will the chance to play Schoolgirls Soccer and get the same opportunity as the Boys.

All Girls deserve this opportunity so I am asking all clubs to make a big effort to enter a team in this Blitz or the next one on December 14th in Listowel.

League: The Steering Committee of the Kerry Schoolboys and Girls League has decided this season to play games at

(The age is determined the same as the boys).

Again this should give other clubs the chance to field a team at at least one age group.

At present we will start with teams for the three clubs but are fully open to adding more.