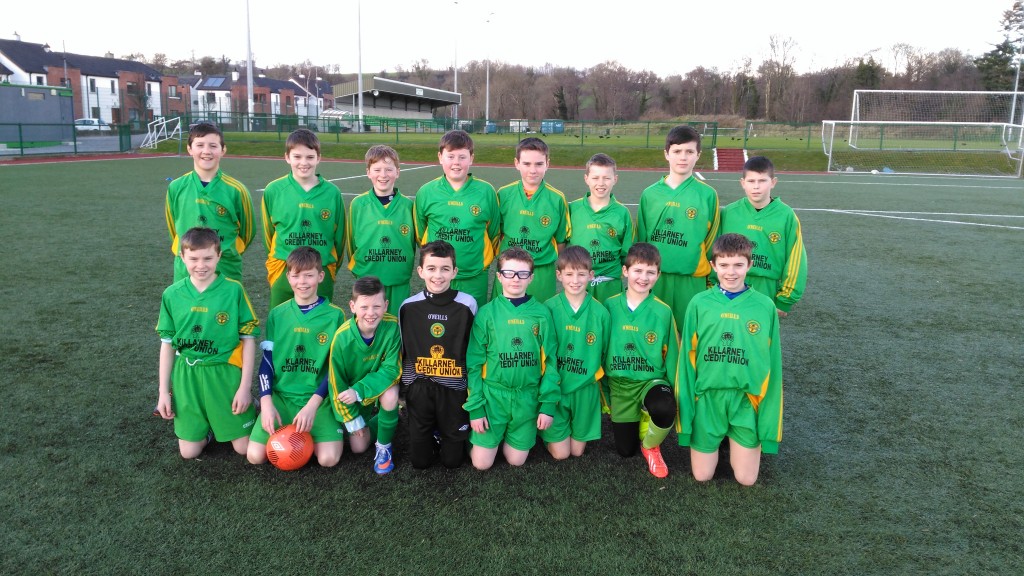 It was a close encounter from the off with North Tipperary trying to catch Kerry on the break with a more counter-attack setup and they succeeded by taking the lead after 10 minutes when North Tipp won the ball in their own penalty box then penetrated our midfield and switched from left mid to right forward shooting from 10 yards, although Kerry keeper Jack Moloney made a great reaction save, the loose ball was tapped in from the far post.

In just minutes after coming on in a roll-on-roll-off substitution, Conor Wilkinson benefited from a Cian Lynch run down the right hand side and fired a rocket at the North Tipp stand-in keeper and Darragh O’Grady scored at close range.

It was smash and grab from North Tipp. while Kerry trying to impose a more composed play through our centre midfield of Cian O’Neill and later Cianan Cooney. Half-time Kerry lead 3-2.

After a couple of defensive tactical adjustments at half time by tightening up the spine of play, Kerry moved the ball a lot faster as planned with many 1-2 exchanges and penetration passes which resulted in opening up the North Tipp. Defence.

Stand-in central defender Aidan Crowley had a brilliant game, with Cian O’Neill and Cianan Cooney bossing a No. 6 role, Mr. Versatility and action man Maurice O’Connell captain of the day, played from left back to left midfield finally centre forward gave us a heart stopping performance. Ever improving Ronan Begley is solid as a rock, Ciaran O’Sullivan (LB) and Matthew Horgan (RB) came on in the 2nd half and kept a clean sheet while we scored eight; Cian Lynch has electric pace and trickery, Adam Gul and Darragh O’Grady was exceptional. Ever so energised Sam Benson hit the cross bar, Cormac Rowe, Sean and Kieran O’Connor executed our tactics in both attacking and defending to perfection and scored 3 goals and 2 assists between them.

And there is one man between the sticks, our keeper Jack Moloney, he gave us confidence going forward and distributed great passes throughout today. There is nothing more pleasing when you know youngsters are growing more confident. Defenders’ source of confidence is apparent when the coaches asked at half time, “Who owns that space behind our defenders?” Jack simply said “MINE!”

Well done to everyone involved and thank you to a great supportive crowd of parents who applauded both the teams on & off the pitch today.