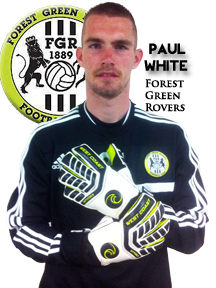 This Saturday at 3pm in New Lawn Forest Green FC are at home to Chester FC in the Skrill Conference Premier League.
Not normally a game that would register on our soccer radar but this one is different.

Two former Kingdom Boys /Tralee Dynamos players who are in the early stages of their playing careers will be in opposition.

Gary O’Neill starts a loan spell with Chester F.C. from his club Port Vale. Gary Is a member of Port Vale F.C. and plays with the development squad, Gary has also made the bench for the 1st team over the Christmas period who are currently managed by Mickey Adams.

Paul White is a member of the Forest Green Rovers squad. Paul had a 4 month loan spell with North Leigh that finished on the 28th December.

Both players are an example to all others for their dedication to their chosen profession and we wish both of them well. For us the outcome is not important. Its great to see the next generation of Kerry players making their names cross channel.