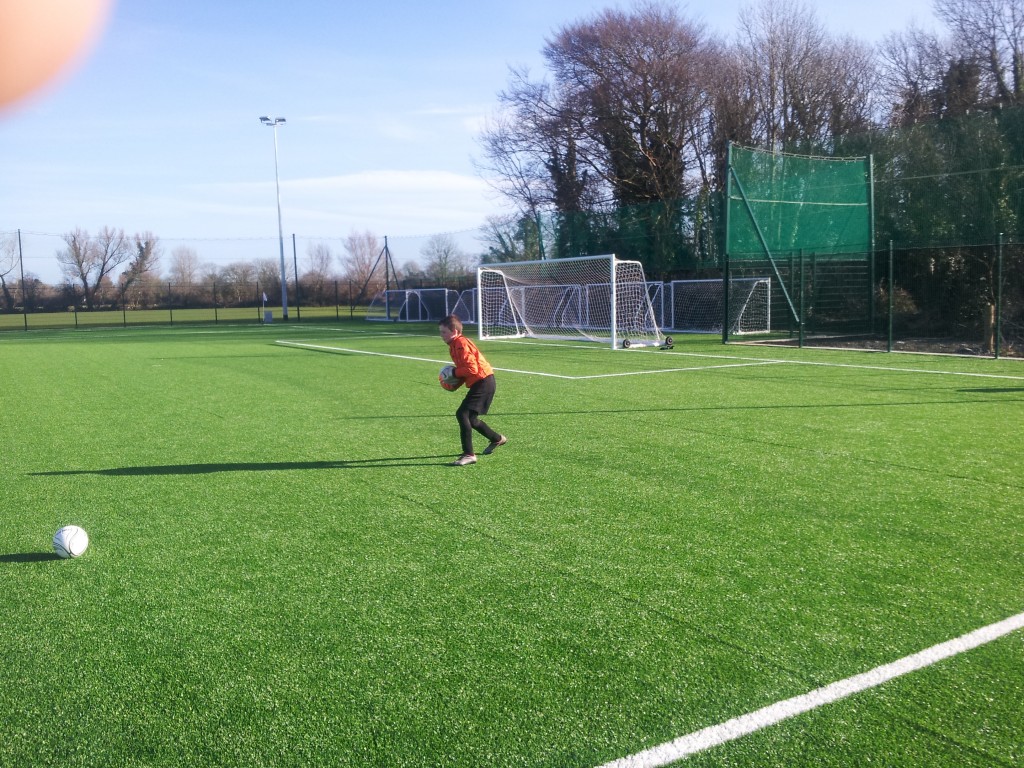 Both the Kerry Inter League side’s in action away to Limerick County recorded very good wins which sets them up for their last Group games at home to Cork later in the month. The 12’s were 2-0 winners in the first game thanks to goals from a Sean Stackpoole header in the 9th minute added to by an Aoife Horgan goal after she rounded a defender and the goalkeeper.

The 13’s had it a little easier as they recorded a 6-0 win. Sean McGrath, Melvin Shambala, Gar Hassett, Leo Gaxha, Colin Walsh and Niall McGillicuddy were the scorers.

Both St Brendan’s Park at 13’s and Killorglin at 14 have progressed to the Last 16 of their respective National Cups. The Park were away to Middleton but came away very impressive 5-1 winners. Mervin Shambala hit 2 with Sean McGrath, Nathan Gleeson and Kevin Goulding all netting one each. The Park will be at home to Leixlip United or Wayside Celtic in the next round.

Killorglin at 14’s had to do it by a much harder route at home as they defeated Rock Celtic on penalties after the game ended 2 all at the end of extra time. Gar Hassett and Dara Purcell had put Killorglin 2-0 up but their opponents drew level. Neither side could find a winner and so onto penalties where successful kicks from Dylan O’Neill, Jack O’Connor, Roan Moriarty and the winner from Gabriel Griffin sees Killorglin getting ready to welcome either Naas or Newbridge in the Last 16.

However the National Cup journey is over for a number of sides.

Killorglin’s 12’s showed their bravery and heart as they tried hard to overcome a poor start. After going 3-0 to River Valley Rangers down two Dylan Moriarty goals got them back into the game. But in pushing for the equaliser they left gaps at the back and their opponents took their opportunities to run out 5-2.

Killarney Celtic 13’s put up a great battle away to Ringmahon Rangers. A Ruairi Doyle goal saw Celtic draw 1 all in normal time and there was no further goals in extra time. The Cork side kept their heads the better in the penalty shootout. Cian Dineen and Ryan O’Grady were the two successful Celtic players from the spot.

Tralee Dynamos 16’s put up a great fight away to Knocklyon from Dublin and with the game scoreless going into the 50th minute it was all to play for. However Knocklyon took the lead and Dynamos needed to chase the game to get back level. Knocklyon exploited this to double their advantage late on and harshly for Dynamos they got a third with the last kick of the game.

In the Moriarty’s Centra 11’s there was very little between Killarney Celtic and Tralee Dynamos in their games with Celtic just getting the narrow win. The Park B got past Listowel Celtic B while in Group 3 there was only a kick of a ball between Athletic and Mastergeeha with the Woodlawn boys winning. Killarney Celtic C were just a score better than Iveragh United. Camp Juniors and Ballyhar were involved in a goal-fest with the North Kerry side scoring just one more goal than Ballyhar.

Killarney Celtic and Inter Kenmare B shared the points following a 2 all draw in the JK Sports 12 Girls Premier. Jessica Crowley scored both for Celtic with Emma Foley and Kate Cronin getting the Inter goals.

Listowel Celtic were too strong for Inter B thanks mainly to Aoife Horgan’s 4 goals. Aisling Kelly scored twice and Katie Keane got one for Celtic. Chloe Cremin replied for Inter with Mary Ellen McCarthy also staring.

Important 3 points for Dynamos in 13 Premier:

The Daly’s Supervalu 13 Premier is one of the tightest Divisions in the League and Tralee Dynamos win sees them move into the lead on their own. They were the only one of the top sides in action and defeated Camp Juniors 4-1. Leo Gaxha and Sean Kennedy both hit a brace of goals while Cian O’Grady replied for Camp Juniors.

With second placed Killorglin not in action Inter Kenmare’s 3-1 win at home to Park B sees them move 1 point ahead of them. Colin Crowley, Cian O’Connor and Mark Looney got the goals for Inter.

Mastergeeha were too strong for Killarney Celtic C in Kilbrean Park. Philip O’Leary was unstoppable hitting 4 goals which were added too by Shane Warren, Darren Lehane and Adam O’Connor.

Fenit lead the way in the Plate:

With the 13’s Division split into the Top 4 and the Plate sections Fenit’s 2-0 away win at Listowel Celtic B sees them extend their lead in the Plate. Jonathan Trant and Oisin Horgan were the scorers.

Park survive scare at the top of 15 Premier:

The Killarney Plaza 15 Premier leaders The Park A were pushed all the way by Camp Juniors before Juniors.

Park B move into Division 1 lead:

The Park B’s 3-2 win away at Killorglin sees them leap-frog Inter Kenmare into the lead in Division 1. Conor Higgins and Conor O’Brien for the Park and Liam Butler and Mark O’Connor for Killorglin had swopped goals to leave the game tied at 2 all going into the final stages. Jack O’Donoghue then popped with the winner but not before the Park’s keeper Aaron Ward saved a Killorglin penalty.

Killarney Celtic B and Killarney Athletic shared 9 goals in a thriller. Eamon Murphy hit a hat trick, Trevor O’Shea scored from the penalty spot and Cian McCarthy also got one for Celtic as they hit 5 to Athletics 4. Ruairi O’Keeffe, Liam Curran, David O’Mahony and Mark Fennell got the goal for the Woodlawn side.