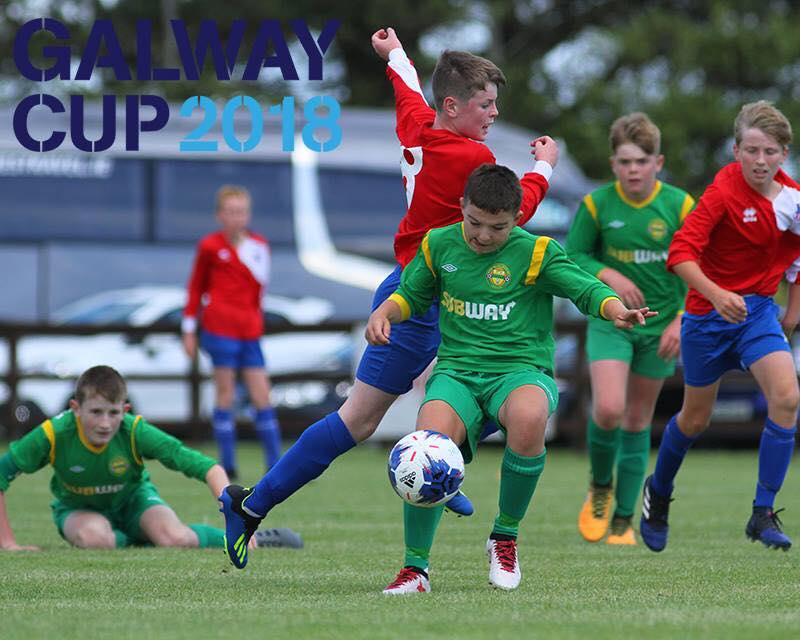 Tralee Dynamos and Listowel Celtic opened their JK Sports 12 Premier campaign on Sunday with a 1-1 draw. Fionn O’Dalaigh got the goal for Dynamos with Dylan Costello replying for Listiwel Celtic

In the Tralee Trophy World 16 Premier The Park made the trip to ,Killorglin a winning one thanks to goals from CIan O’Neill, Sean O’Connor, Luke O’Connell, Sean Healy, Venis Jahiri and Callum O’Sullivan.

Match Reports Saturday
Killorglin first leaders of 12 Premier
Killorglin got their JK Sports 12 Premier campaign off to the prefect start with a 7-2 win at home to the Park B. Brian Mangan led the scoring with a hat trick which was added to be goals from Giovanni McCarthy, Ciaran Birmingham, Eoin Henken and Colm Evans. Brian Heaphy and Tadgh Falvey replied for the Tralee side.
3 points for home sides in 12 Division 1:
There were home wins for Castlieland and Inter Kenmare in the JK Sports 12 Division 1. At Georgie O’Callaghan Park the home side put 6 past Mastergeeha without reply. The goals came from Josh Ryan 2, Fergal Enright, Jack Foley and Kyle Buckley
Inter Kenmare were 3-1 winners at home to Fenit Samphires and led 1-0 at half time thanks to a Caoileann Desmond goal. Philip O’Sullivan and Michael O’Mahoney added two more for the home side with Evan Lyons replying for Fenit.
Dynamos B lead 12 Division 2 North:
Tralee Dynamos will be happy to take three points on the road from their first game of the season. They travelled to Castleisland and came back with a 5-1 win. Daniel Farmer and Alex Tuohy both scored two each with the 5th being an own goal. Nathan Smyth got the goal for the home side.
Killorglin take the battle of the B’s in Division 2 South:
The battle of the B teams was won by the one that was away with Killorglin B winning 2-0 at Killarney Athletic B.
New sponsor as 14’s gets underway:
The 14’s Divisions are now being sponsored by Slattery Carpets and Blinds Tralee and in the Premier the action opened in mid-week. Sean Corkery got the season underway in impressive fashion hitting a hat-trick in the Park’s opening home win over Killorglin at Christy Leahy Park.
There was a cracker when the two Celtic’s met in Killarney with the home side taking the points by the odd goal in 7. Killarney Celtic raced into a 3-1 lead but Listowel Celtic fought back to level. However the home took the three points following a late late penalty.
Mikey Murphy and Jamie Moynihan got the first and third goals for Killarney Celtic with Josh Bowler getting the other two goals including that winner from the penalty spot. Evan Boyle 2 and Aaron Carey were on the mark for Listowel Celtic.
Killarney Athletic are also on 3 points after an early Oran Horgan goal saw them defeat Castleisland 1-0.
Inter win 7 goal thriller in Division 1:
There was another seven goal thriller this time at Kilbrean Park in Division 1 as Inter Kenmare defeated the home side 4-3. Cathal Kelliher got 2 with Zack O’Shea and Ollie Shea getting the goals for Inter while Jack Tagney, Emmet Spillane and Gavin Barry got the goals for Mastergeeha.
Mastergeeha B get the win in Division 2:
Mastergeeha B are the first leaders in the 14’s Division 2 as they won 3-1 away to Park B. Mathew Kennedy 2 and Sean McAuliffe were the goal scorers for the Kilbrean side.
Celtic win the derby in the 16’s Premier
The Killarney derby kicked off the Tralee Trophy World 16 Premier League and Killarney Celtic made the short trip to Athletic a winning one. Callum O’Grady got both for Celtic while keeper Jack O’Donoghue had a big say in the win saving a penalty. Mathew Horgan got the goal for Athletic late on.
LB and Dynamos the winner in 16 Division 2 North:
LB Rovers are a little more experienced than their North Kerry neighbours Ballyheigue Athletic and took an opening day win thanks to goals from Kieran O’Connell 3, Anthony Kavanagh 2, Jack Mallon, Darragh Fitzgibbon and Liam Connolly.
In the third seven goal thriller of an exciting opening weekend of the League Tralee Dynamos brought all three points home from their trip to Listowel Celtic.
Alex Hoare2, Jack O’Donoghue and Luke Horgan were on the mark for Dynamos with Adam Segal 2 and Darragh Carey on the mark for Listowel Celtic.
Team of the Week:
Jack O’Donoghue
Killarney Celtic 16’s
Cain Forde Diarmuid Furlong Tom Benson Kristan Lyne
Killarney Celtic 14’s Mastergeeha 14’s Killarney Athletic 14’s Park 14’s
Kyle Buckley Douglas Rietveld Luke O’Carroll Zach O’Shea
Castleialand 12’s Killorglin 12’s Fenit 12’s inter Kenmare 14’s
Dylan Burke Aleso Coll
Tralee Dynamos 16’s LB Rovers 16’s
Next Weekend:
As well as the 13’s and 15’s League of Ireland sides who play Cabinteely at home on Sunday and Bohemians away Saturday respectively there is lots of other action.
The first rounds of the 13’s and 15’s Skechers National Cups take place while Inter Kenmare host the South West Region 12 Girls Blitz qualifier. The home side and Killarney Celtic represent the League with 2 spots from the eight teams involved – the Cork and West Cork Schoolgirls Leagues are also taking part – available at the 12’s National Blitz Final in Dublin next month.