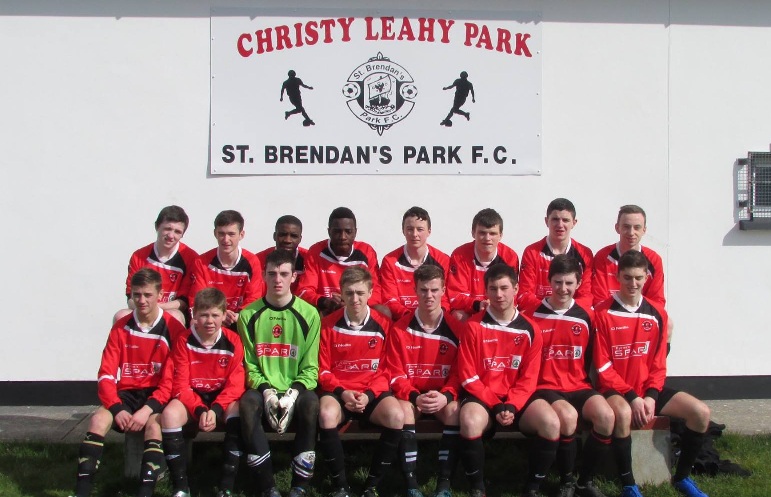 And then there were 4:
National Cup Quarter Finals:
15’s: Kingdom Boys 1-2 Swilly Rovers.
16’s: Park 3 v 1 Salthill Devon AET
Kerry Cups Quarter Finals:
Tucker Kelly 16’s: Listowel Celtic 2-3 Fenit.
13’s: Kingdom Boys 0-3 Park.
League:
JK Sports 12’s
Division 1:
Park C 8-2 Ballyhar
Premier:
Park A 2-`1 Killarney Celtic A
Kingdom Boys 4-1 Listowel Celtic A
Killorglin 3-5 Killarney Athletic A
Daly’s Supervalu 13’s
Division 2:
Fenit 0-6 Killorglin B
Foundation Sports 14’s:
Premier:
Kingdom Boys 5-0 Inter Kenmare
Killarney Celtic 1-3 Listowel Celtic A
14’s Division 1:
Mastergeeha 8-1 Park B
Camp 5-1 Killarney Celtic B
Park B 0-5 Killarney Celtic B – (Midweek))
Killarney Athletic 0-2 Camp – (Midweek)
Killorglin 0 –1 Mastergeeha- (Midweek)
Tralee Trophy World 16’s:
Inter Kenmare 4-3 Park.
Reports:
National Cup 16’s Quarter Final:
And then there were 4! From the 100’s teams that started out in this section of the National Cup we are down to the semi-finals. And the great news is that one of these will see St Brendan’s Park take on Mungret from Limerick.
The Park booked their place with a come from behind, but well deserved 3-1 after extra time over Salthill Devon. The Park were playing well with Jesse Stafford Lacey pulling the strings and the likes of Luke Moynihan, Fergal Ryan and Ferdia O’Brien all going close. At the defensive end Segun Duyile had to make a last ditch tackle to keep the game scoreless.
The Park went closest when Jamie ‘Gaza’ Clifford floated over a pin-point cross to Luke Moynihan who shot was well saved by Grealish in the Salthill goal.
But in 38th minute The Park were hit by a cruel sucker punch. A free kick was given away just inside their half and Fitzgerald stepped over the ball and Rooney swung in a cross / shot that the wind caught and carried into the Park net.
Shell shocked the Park were almost caught out immediately when Cahill got in behind the defence but pulled his shot wide.
The Park looked for a second like they had gotten a penalty when Gaza Savage was taken down by the keeper and the referee pointed to the spot. However his assistant had his flag up for offside and so the chance was gone.
Into the second half and the Park got their confidence back and the introduction of Kieran Carmody and Sam Tarrent saw a period of domination for the home side. The Park did everything but score with Lacey, Carmody and Ryan amongst those who went close.
And they got their just rewards when Kieran Carmody gambled on a long ball and beat the Salthill Devon keeper to the ball to level matters. And from then on there really looked like being only one winner, but it would take the Tralee boys until extra time to make that dominance count.
Into the second period of extra time and Lacey floated a sweet ball into the box, Sam Tarrent flicked it on and Karl Mullins planted the deftest of headers low into the corner of the Galway boys net.
And with time running out, as expected, Salthill Devon launched a number of attacks, winning two corners. From the second of these The Park broke with Carmody playing in Fergal Ryan who bore down on goal. The Salthill defender had no option but to take him down and Ferdia O’Brien smacked home to send the squad, management and huge crowd into raptures as the Park’s wonderful National Cup run contines.