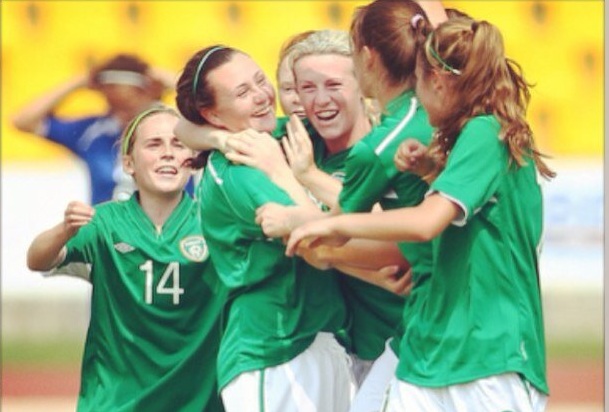 THE Republic of Ireland Women’s U19 side go into their final game in the UEFA WU19 Championships elite qualifying round knowing victory against Turkey could seal their place in the finals tournament.

Dave Connell’s side must beat the Turks in the Dutch town of Harderwijk and hope that their result betters host country Holland’s result against Austria in the other group match, which commences at the same time (6.00pm Irish).

The Irish have a clean bill of health although Amy O’Connor sat out training today as a precautionary measure after a slight knock.

“We’re back in the same scenario we were in ahead of the previous game against the Netherlands – we must win the game,” said the Irish head coach.

“We’re feeling good about this challenge. We looked at Turkey against the Dutch on Saturday and then against the Austrians, where they did better.

“It’s another tough game. Turkey have good players that we’ll have to be keeping an eye on. We knew it would be a tough group coming out here.”

Connell’s side have been defensive rocks this season and have kept consecutive clean sheets against Sweden – at the La Manga tournament, Austria and the Netherlands but he knows they need to be more efficient in front of goal.

“We’ve looked at ourselves and we know we’ve been excellent defensively as a team and individually. We’re looking for a little more going forward, a tiny bit more composure in front of goal,” he said.

“I get the feeling the girls are looking forward to it and I’m pleased with that. This will be the biggest game of their careers so far and I’m confident they will respond in the right manner.”

Republic of Ireland Women’s U19 squad: