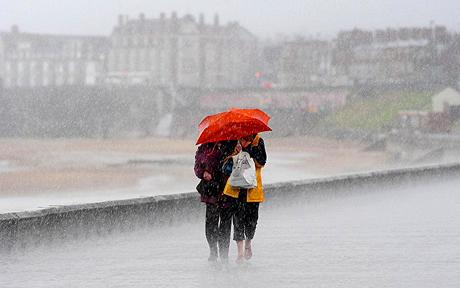 Killarney Celtic B 2-1 Park B

Sadly it was another weekend when the weather was the winner and the over-night rain decimated the Fixture List. However what we lack in quantity we made up for in quality as a number of very important games were played.

St Brendan’s Park are into the Last 16 of the National Cup after they proved too strong for Broadford in a game played on the Mounthawk All Weather. The goals came from Mervin Shalamba, who got 2, Sean McGrath, James Rusk, Leon Shalamba, Jordan Barry and Deb Vasiu.

St Brendan’s will now travel away to Nenagh in the Last 16.

Killorglin up to joint second in 13 Premier:

Killorglin’s 2-0 win over leaders Killarney Celtic has seen the Daly’s Supervalu 13 Premier race tighten up. Killorglin’s win and three points sees them level with Camp Juniors on 11 points in joint second and are now only 2 points behind top side Killarney Celtic.

Killarney Celtic B had a very important win in the Daly’s Supervalu 13’s Division 1 over League leaders Park B. Jason Lee put Celtic B ahead from a free kick early on. The Park are not leaders for nothing and the equalised with 15 minutes to go through Matt Healy.

It was Rory Dorrian who won the game for Killarney Celtic with a good strike inside the last 5 minutes. The three points sees Killarney Celtic B level in second place with Mastergeeha but the Park B still have a 6 point lead.

Super 6 up for Killarney Celtic in 15’s Premier:

The players from both sides deserve great credit for the way the observed the Minutes Silence held ahead of this game for Sheila Kelliher, mother of Ryan, who was buried this week. And Ryan and his teammates put in a big performance to move onto 6 games unbeaten in the Killarney Plaza 15 Premier and lead the way on 18 points. Patrick Darcy scored twice and Evan Looney got the other goal for Killarney Celtic.

The other game in this Division was a nine goal thriller with Tralee Dynamos just getting the better of Listowel Celtic 5-4 to move into third place in table. Mohammed Raheen scored twice for the Tralee side with Char Chaudhry, Sean Kennedy and Codi Dauti all scoring one each.

Devon McKenna, Michael Fogarty, Conor Hogan and Michael Nolan scored for the unlucky Listowel Celtic side who just couldn’t find the goal to take a point home from Tralee.

2 goals from Aaron Malik sees St Bernard’s remain top of the Killarney Plaza 15 Division 2 on 20 points. Ballyheigue are hot on their heels on 19 points after a 3-0 win over Asdee.

As the build-up to the 2016 Kennedy Cup continues to gather pace Kerry and Clare met in the UL All Weather with 2 squads on duty on the day.

Kerry showed their potential with two wins. In the first game goals from Jack O’Connor and Sean McGrath saw Kerry win 2-1. They followed this up with a 3-0 win thanks to 2 goals from Mervin Shalamba and one from Terrance Carmody.

The Kerry u15 team followed up their win over Cork with a 2 all draw against North Tipperary in a game that was moved from Roscrea to Newport due to the weather. The game was played in a storm and Kerry went 2-0 up in the first half. Patrick Darcy and Ryan Kelliher got the goals but in the proverbial game of two halves the home side pulled level in the second period to leave both sides with a share of the spoils.

Kerry are top of their Group and next up face a very important home game against South Tipperary in early March.