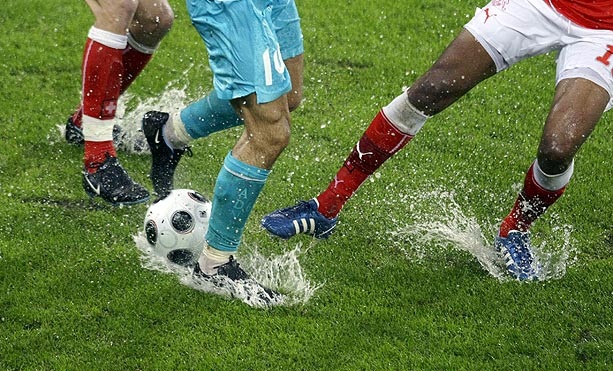 Listowel Celtic A 0-2 Killarney Celtic A

Killarney Celtic B 4-2 Park B

Killorglin were the only one of the top 3 sides in action and took advantage to extended their lead by a further 3 points with a home win over Tralee Dynamos. Eoin Hassett, Tom Whittleton, Dylan Moriarty, Mikey O’Donnell, Adam Owens and Cillian Burke all got their names on the scoresheet.

Killarney Celtic closed the gap on the sides above them, moving into third place, with a 2-0 away win in Listowel Celtic. Ciaran Dennehy and Cillian O’Sullivan got the goals for the Killarney Hoops.

Both the top sides were on the road but both won. Inter Kenmare remain top on 16 points as they defeated 3rd placed Mastergeeha 2-0 thanks to goals from Tadgh O’Donoghue and Mark Casey.

Ballyhar won 2-1 away Killarney Athletic and remain only one point behind the leaders. John Power and James Horgan were the Ballyhar scorers with Rossa Bellew replying for Athletic.

Evan Foley got 2 and Marcelo the third for the home side at Christy Leahy Park while Celtic C scorers were Josh Livingstone scored twice for Celtic with Aaron Moloney getting the other.

Tralee Dynamos and Camp Junior were involved in a 7 goal cracker with the Tralee side just getting the win 4-3. Dynamos went 3-0 ahead before Camp started the comeback. However the 4th made it a bridge too far. Adam Wharton scored twice for Dynamos with Dylan Walsh and Maurice O’Connell getting one each. Ryan Newstead got 2 for Camp Juniors added to by a goal from Kian Griffin.

The Park and Killarney Celtic the new leaders of the 14 Premier:

The Park travelled to Killorglin unbeaten in 3 but a point behind the home side. But a 4-1 win saw the Tralee side move to the top of the table. Two goals from Sean McGrath and one each from Leon Shambala and Junior Bio gave The Park the win with Eoin Clifford replying for Killorglin.

Killarney Celtic’s 5-0 win over neighbours Athletic saw them also move onto 12 points but they have a game more played than the Park. All the goals came in the first half from Eanna Coleman 2, Caoilean Ryan, Mike Lenihan and Peter O’Sullivan.

Camp Juniors travelled to Caherciveen to take on Iveragh United having won 5 from 5. After the game they remain unbeaten with Killian Falvey 2, Colm and Colin Moriarty and Chris Kane on score-sheet and they also benefited from an og.

Second placed Mastergeeha were pushed all the way by Ballyhar who are in third. A 3-2 win at Murt Scott Park saw the Kilbrean side stay just 2 points behind the leaders. Dylan Murphy scored twice and Niall O’Connor once in the win. Jason Brennan and Patrick O’Connor were the Ballyhar scorers.

There were wins for both the away sides in the Girls 14 Premier. Ellen Coffey got the Athletic goals as they beat newcomers The Park.

Listowel Celtic had too much experience for the other new side as they beat Mastergeeha in Kilbrean Park. Caoimhe Spillane, Jessie Sullivan, Mairead McKenna and Ava Grimes were the scorers for the North Kerry girls.

Killarney Celtic had goals from Michael Potts 3, Oran O’Donoghue 3, Thando Dube and Cian Gammell in their home win over Listowel Celtic. They are now on 12 points from their 4 games.

Tralee Dynamos are level on points with Killarney Celtic but have a game more played. They enjoyed a 4-0 win away at Mastergeeha. Podge Looney scored twice added to by goals from Dara Goulding and Patrick Roche.

Camp Juniors drop first points of the season in Division 1 but remain top:

Camp Juniors had been unbeaten in 5 games but their unbeaten run came to an end with a 2-0 loss to The Park who remain in 3rd despite the win. Mike Slattery and Dylan O’Sullivan were the scorers for The Park.

Ballyhar have closed the gap to Camp to three points after their 2-1 win at Killarney Athletic. Ethan Fleming scored for the home side but with Jack Flynn scoring twice Ballyhar took the three points.

Iveragh United were looking to make it 5 wins from 5 but were held to a 4 all draw at home to Castlemaine. Jack Landers, Jason Grey and Gareth Evans were on the mark for the Iveragh with Daniel Cronin 2, Sean Cremin and Dwight Bacolas scoring for Castlemaine. Iveragh United had the chance to win it from the penalty spot but it went narrowly wide.

Killarney Celtic B join Park B in joint second place after defeating the Tralee side 4-2. Lee Downing, Michael Devlin, Paul Moriarty and Mark Donnellan scored for the Hoops.