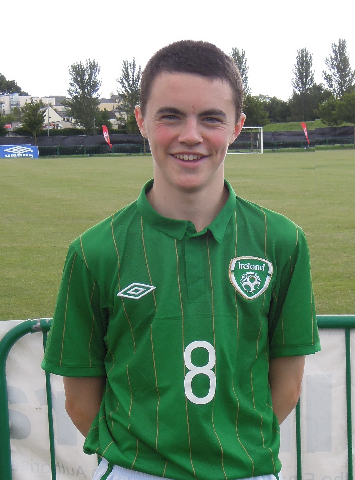 Ireland U16s end tournament with come from behind draw.

THE Republic of Ireland U16 ended four-team tournament in the Netherlands with a recored of a win, loss and a draw

Tom O’Connor’s side defeated USA 1-0 in this first game but went dowen 4-0 to Holland in their second.

The side met the Czech Republic on Sunday, March 15. Ireland beat the Czechs on penalties after a thrilling 2-2 draw at Gannon Park last month.

Amazingly this game also ended 2 all.

Pre tournmanet  manager Tom O’Connor said that, “The most important aspect is for the players to experience different styles and strategies, the Dutch will have a lot of talent out wide and attacking full-backs at a high tempo so it’ll be good for the lads to see that quality.

“The Dutch will probably press us high so we have to adjust to that. We know the Czech Republic from our recent tournament. They have good physically powerful players and are very dangerous from set-pieces.

“When we consider the tournament we hosted last month I felt we learned a lot. As the games went on we started to press higher up the pitch and that was the improvement we made as the tournament progressed and what we’ve worked on.”

REPUBLIC OF IRELAND U16 SQUAD: