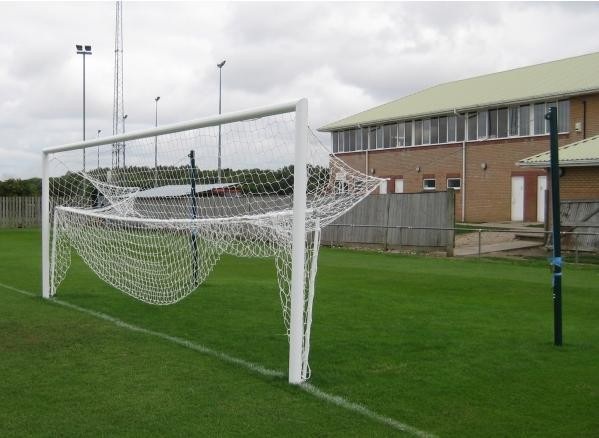 Super Sunday:
16’s National Cup Final:
St Brendan’s Park – St Kevins Boys
WFAI 16’s Round 1:
Killarney Celtic – Tullow.
JK Sports 12 Premier:
Killarney Celtic 8-0 Killorglin
Listowel Celtic 1-2 Killarney Celtic
Daly’s Supervalu 13 Premier:
Listowel Celtic 3-1 Park
Killorglin 4-2 Mastergeeha
Listowel Celtic 6-3 Mastergeeha
13 Division 2:
Asdee 0-5 Camp
Killarney Celtic C 2-0 Fenit
Foundation Sports 14 Premier:
Killarney Celtic 4-1 Kingdom Boys
Killarney Plaza 15 Premier:
Kingdom Boys 2-0 Mastergeeha
15 Division 1:
Killarney Athletic 1-3 Listowel Celtic B
Tralee Trophy World 16 Plate:
Inter Kenmare 0-0 Listowel Celtic.
Tucker Kelly 16’s Cup Semi-final:
Inter Kenmare 3-5 Killarney Celtic AET.
National Cup:
League Reports:
JK Sports 12 Premier:
Kingdom Boys were crowned Champions well before the end of the season but second place was still up for grabs when the two Celtics met in Listowel on Thursday night. Two nights earlier Killarney Celtic had put themselves in pole position with a home win over Killorglin. Ryan O’Grady got 3, Ian O’Connor 2 and Padraig Looney and Emmet O’Shea the others as the Cup winners moved three points ahead of Listowel Celtic.
And Killarney Celtic wrapped up second place and a very good season with a 2-1 in Listowel. Sean McGrath scored for the home side but goals from Jason Kerins and Ryan O’Grady were enough to give Killarney Celtic the points they needed.
Daly’s Supervalu 13 Premier:
Killorglin made sure of second place with a 4-2 win over Mastergeeha in mid-week. Goals from Dylan O’Neill, Killian Burke, Dean Callan and Martin Foley saw them move onto an uncatchable 19 points and second behind Killarney Celtic. Niall O’Connor and Philip O’Leary replied for the Kilbrean side.
Listowel Celtic picked up two wins from their two games this week and a win in their last game will see them finish 3rd. They defeated Mastergeeha 6-3 with Jack Kennelly getting 2 and James Duggan, Killian Buckley, Devon McKenna and Tim Scanlon netting one each. Dylan Murphy, Philip O’Leary and Niall O’Connor were the Mastergeeha scorers.
Listowel Celtic’s other win saw them beat The Park 3-1. James Donegan, Tadgh McEvoy and Darragh Mackessy got the Listowel Celtic goals.
13 Division 2:
Leaders Camp continued their unbeaten League campaign with a 5-0 away win as Asdee. Conor O’Brien and Jack Farrell both scored twice with Colm Moriarty getting the other goal.
Killarney Celtic C got the points from their game with Fenit.
Foundation Sports 14 Premier:
Leaders Kingdom Boys suffered what could be an expensive defeat as they went down 4-1 to Killarney Celtic who can’t win the Division but could still finish second. Ryan Kelliher, Anthony Darmody, Lee Downing and Dara Fleming all scored for Celtic with Dillon Robinson replying for Kingdom Boys.
The Tralee side are finished and top on 20 points, Park are also finished and are on 18 points. Listowel Celtic are next on 17 points with two games left followed by Killarney Celtic who are on 16 with one game left.
Killarney Plaza 15 Premier:
Kingdom Boys three points from their game with Mastergeeha saw them take second place behind Killarney Celtic. Both of these sides ended with a gap over the other sides.
Division 1:
Listowel Celtic moved into 4th place with a 3-1 win over Killarney Athletic in Woodlawn. Dean Halpin, Nathan Dineen, Jack Boland got the goals for the North Kerry side.
Tralee Trophy World 16 Plate:
With Mastergeeha taking the 16’s Plate Inter Kenmare and Listowel Celtic ended their season with a 0-0 draw.
Cup:
Tucker Kelly 16’s Cup semi-final:
Killarney Celtic qualified for the final of the Tucker Kelly 16’s Cup but they had to come through a cracked in Kenmare to get there. Celtic were 3-1 up against the Division 1 side thanks to goals from Peter McCarthy, Cathal O’Shea and an og. However Darragh Siochru and Daniel Taylor added to Denis Cronins goal to send the game to extra time.
But it was Celtic who finished the stronger and a second from Peter McCarthy and one from Mickey Moynihan ensured that the Hoops will meet either The Park or Fenit in the decider.
Team of the Week:
Fionn Cullinane
Camp 13’s
Sean Corcoran Sean Carmody Philip O’Leary
Killorglin 13’s Park 14’s Mastergeeha 13’s
Jason Kerins Jack Boland Bryan Murphy Daniel Taylor
Killarney Celtic 12’s Killarney Athletic 15’s Asdee 13’s Inter Kenmare 16’s
Killian Buckley Daire Kennelly Michael Slattery
Listowel Celtic 13’s Camp 13’s Park 14’s.