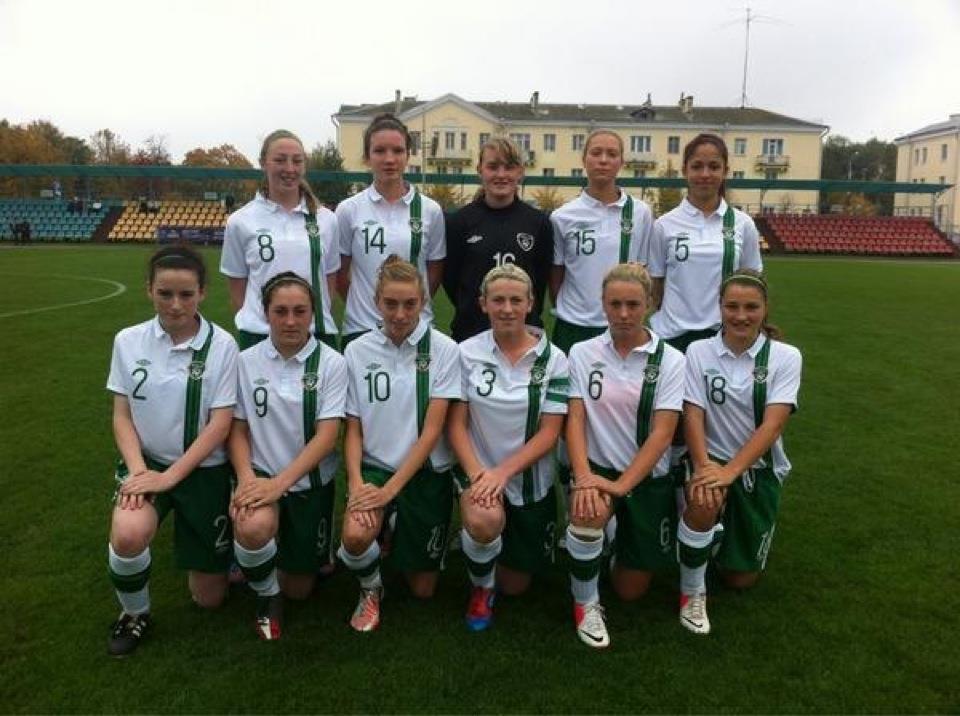 Ireland Women’s U19 side draw with England in La Manga

DAVE CONNELL’S Republic of Ireland U19 Women’s side got off to an impressive start in the La Manga tournament today when they secured a 1-1 draw with England.

The English are one of the highest rated sides in the competition and got off to a lightening start when they forced the ball home following a corner after 70 seconds. Jade Bailey was credited with the goal.

The first half saw the English attack pour pressure on the Irish defence but Connell was extremely pleased to see his side show great resolve and at half-time a couple of changes helped give Ireland the impetus to turn the game around.

Connell’s side drew level in the 65th minute when Clare Shine fired over a corner and Shannon Carson arrived at the back post to steer the ball home.

Shine then had a chance to win the game three minutes later after combining with Amy O’Connor but her shot was just over the crossbar.

“The girls really had to dig in the first half and I was very pleased with the character they showed. Keeva Keenan was probably our most outstanding player, which was some achievement in her first game at this level,” said Connell.

“She made a lot of last ditch tackles and generally defended very well.

“Once we regrouped at half-time we told the girls to go at them immediately and we took the game to England. In the end we were unlucky not to win it and had a definite penalty shout for a hand-ball incident not given.

“I was very pleased with the character and belief in their own ability that the girls displayed. Their manager was very complimentary of our girls for their second half display.”

Ireland will face Denmark on Monday. The Danes lost 2-0 to France today.
“We’ll be up against it in that one again but this tournament provides our players with great experience for the elite phase. The girls coming in from U17 level really will learn from this. It’s a fantastic competition to be in,” said Connell.