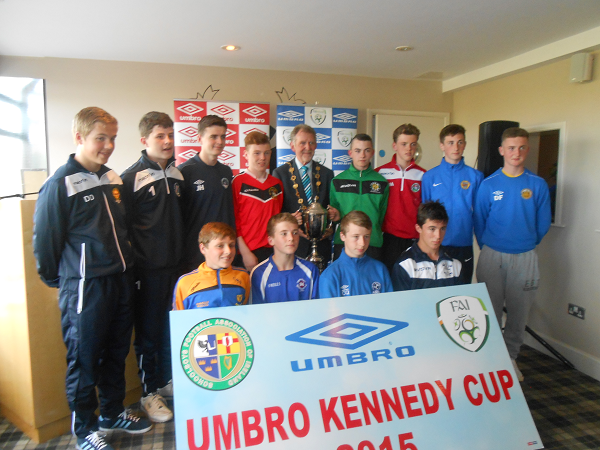 The Official Launch of the 2015 SFAI Kennedy Cup took place at the UL last night (Wed 27th). The Mayor of Limerick talked about his connection with Schoolboy Soccer and in particular with Limerick Desmonds. Mayor Sheehy went on to say how his father was a founding member of the Desmonds League as he paid tribute to the people involved in running all the leagues around the country. With many of the Fai & Sfai officials in attendance, 640 Players Ready, 8 outside pitch & The Bowl All cut & lined. We are set for a festival of football, only 96 games to go and by half 3 on the 12th June we will know who will be lifting the Cup.