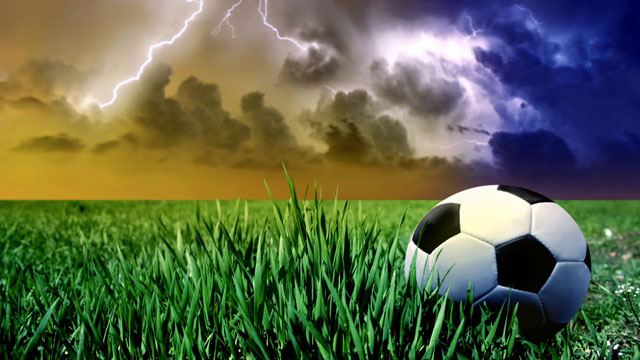 Unevens progress in the Rain:
National Cup 13’s Round 2:
Granville 0-3 Park
BT Harps 1-3 Killorglin
Nenagh 7-4 Listowel Celtic
Killarney Athletic 0-4 Kingdom Boys
Mastergeeha 0-2 Killarney Celtic
National Cup 15’s Round 2:
Ballyhar 1-5 Charleville
Summerville 7-2 Listowel Celtic
Mastergeeha 4-2 Lifford FC
Aisling Annacotty B 0-4 Killarney Celtic
Kingdom Boys 5-2 St Pats.
League Results:
Daly’s Supervalu 13’s Division 1:
Killarney Celtic B 1-2 Ballyhar
St Bernard’s 5-2 Inter Kenmare
Killarney Plaza 15 Division 1:
Inter Kenmare B 8-0 Park B
Killarney Athletic 0-3 Camp
Listowel Celtic B 0-5 Castleimaine
Reports:
National Cup Uneven’s Round 2:
When setting out in the National Cup the first step is to qualify for the Open Draw which is the last 32. The winners of this weekend’s games are now only one win away from reaching that goal.
Under 13 Round 2:
In the 13’s there will be at least one team into that open draw as Kingdom Boys and Killorglin will meet in Round 3. Kingdom Boys were 4-1 winners away to Killarney Athletic in one of the all Kerry clashes. John Carmody, Sean Kennedy, Leo Gaxha and Daniel Bowler were the goal scorers. Killorglin had a very good 3-1 win away to BT Harps. Jack O’Connor, Dylan O’Connor and Gearoid Hassett scored.
The Park’s reward for a 3-0 win away to Granville is a home tie against Neangh, who knocked out Listowel Celtic. Alfie Christie got 2 for the Tralee side and Leon Shambala the third. Brendan O’Neill 2 and Devon McKenna and Jack Kennelly pen got the goals for Listowel Celtic but Nenagh hit 7.
Killarney Celtic are also into Round 3 following 2 Daragh Lyne goals. Their opponents are as yet unknown.
Under 15 Round 2:
Killarney Celtic were too strong for Aisling Annacotty B and went through 4-0 thanks to goals from Cian Casey, Luke O’Donoghue and Jack Griffin. They will now face either Aisling Annacotty’s A team or Regional.
Mastergeeha will be hoping that a home tie in the next round will see them progress to the Open Draw. They welcome Avenue after a 4-2 win over Lifford FC at Kilbrean Park. Patrick Warren scored twice with James Nagle and Brian Friel scoring one each.
Kingdom Boys were 5-2 winners over St Pats and had a brace of goals from Darragh Lowth and Dillon Robinson plus one from Odhran Liston. They will now welcome Charleville to Tralee after they defeated Ballyhar 5-1. Niall O’Donoghue got the home sides only goal in Murt Scott Park.
Listowel Celtic are out after a 7-2 loss to Summerville Rangers.
Moriarty’s Centre 11’s:
There were wins for The Park A, Killarney Celtic and Kingdom Boys in Group 1 while in Group 2 it was Killorglin B, Camp A and Mastergeeha that were victorious. Camp B and Ballyhar were the Group 3 winners.
Daly’s Supervalu 13 Division 1:
The two top sides met in the Daly’s Supervalu 13 Division in horrible conditions with both sides deserving credit for their display. The points went to St Bernard’s who defeated Inter Kenmare 5-2 to move onto 12 points with the Kenmare boys remaining on 9.
Adam Burke hit a hat trick and Mikey Clifford 2 for the Saints while Daniel Crowely and Boki Nikic replied for Inter.
Ballyhar will be delighted to have put points on the board and did so with a 2-1 away win over Killarney Celtic B. Jason Brennan and Daragh 0’Donoghue scored for the winners with David Cantellion replying for Celtic b.
13 Division 2:
There was one mid-week game in the 13’s Divisions 2 with the Park B seeing off their neighbours Kingdom Boys B. Mervin Shambala top scored with 4 and these were added to by Tony Duggan, M Dzezdieuch, Sammi Aeyiva and Tony McMahon.
Killarney Plaza 15 Division 1:
Camp are proving the team that they all have to catch in the 15 Division 1 and they made it 5 wins from 5 with a 3-0 away win at Killarney Celtic. Cian Smalls got 2 and Jimmy Grady the other.
Dion Burke was unstoppable for Inter Kenmare as he hit 4 in their win over Park B. Eoin Murphy, David Murphy and Ben O’Shea got the other goals for the home side in Kenmare.
Castlemaine also won away on the road defeating Listowel Celtic B 5-0. Daniel Cronin and Cian Bradley both got two each with Colin Foley hitting the other goal.
Tralee Trophy World 16 Division 1:
Leaders The Park were 4-2 winners to preserve their perfect record in a game played on Monday afternoon. Jamie Leen 2, Eamon Sheehy and Dan O’Brien were the scorers for the Tralee team. Inter Kenmare also picked up three points as they defeated Park C 4-2. Darragh Siochru, Kevin Price and Denis Cronin 2 got the goals for the winners with Danny Browne hitting both goals for Park C.
Team of the Week:
Shane Donovan
St Bernard’s 12’s
Podge Looney Niall O’Donoghue Ben O’Shea
Kingdom Boys 15’s Ballyhar 15’s Inter Kenmare 13’s